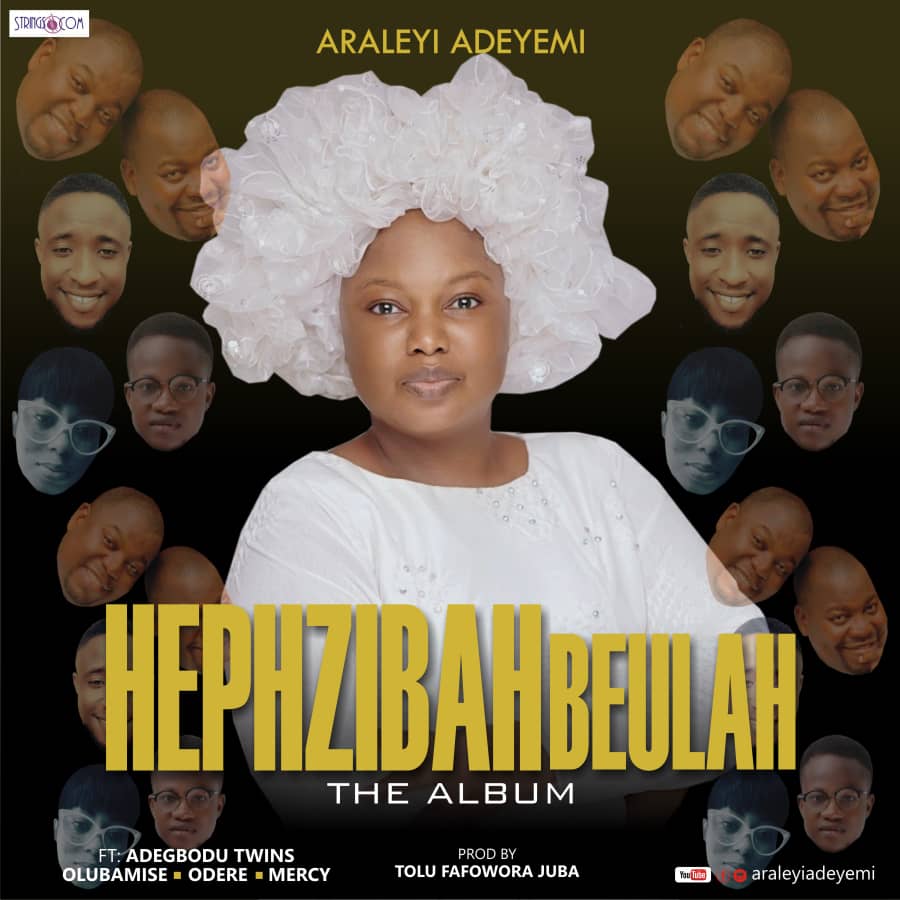 “No longer will they call you deserted or name your land desolate. But you will be called Hephzibah and your land Beulah; for the Lord will take delight in you,and your land will be married.” – Isaiah 62:4

According to her “The inspiration behind my new Album comes from understanding that As long as we are ready to say yes to the will of God and obey him completely God is ready to make way for us in whatever we do. That is why he said we should seek the kingdom of God first and other things shall be added to us”.

Araleyi got into limelight with her hit album “Ijo Ope”; and now with another album – “Hephzibah Beulah”.