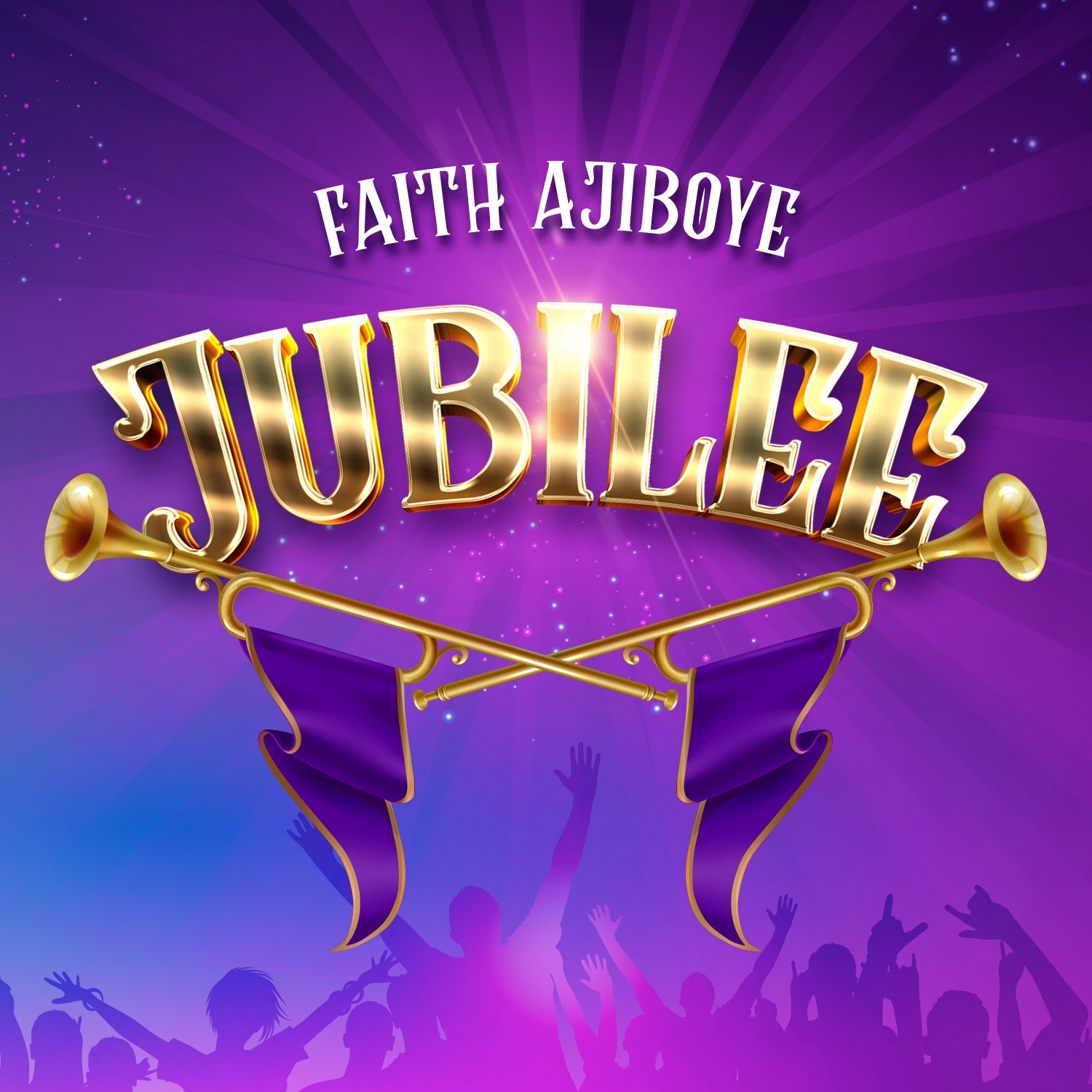 Coming off the Gratitude Concert held a few weeks ago to mark his 50th birthday, a groundbreaking event that featured generals and legends in the Nigerian Christian community and Gospel Music Ministry; international music director and author Faith Ajiboye follows up with the release of a masterpiece album titled JUBILEE.

JUBILEE – THE ALBUM
Jubilee album is a collection of songs I received from the Lord for my personal time of devotion and prayers. Some of these songs were given to me in the dream and have transformed my life and ministry forever.

From ‘We Shout’ which was recorded in 2011 to the last song, ‘Sovereign Lord’, recorded initially in 2008 but remixed in 2019, you are on a flight that will steadily but surely take you to God’s presence where nothing else matter but to see Him and love Him.

The anointing and presence of God we felt in the studio at the time of recording each track is definitely a treasure that can never be forgotten.

God is about to sound the trumpet of Jubilee in your life as you tarry long in His sight with these anointed songs. Get ready to soar on eagle’s wings and be mightily blessed and transformed.
It’s JUBILEE!!!

Where To Get Jubilee Album Online:

ABOUT
Man of many parts, Dr. Faith Ajiboye who has thrilled the country for more than thirty years with more than five albums and singles is a respected and anointed worship leader and teacher.

He is the publisher of the first and widely celebrated gospel music magazine in Nigeria, first published as NEW PSALMS in 1992 and later re-branded as TODAY’S MUSIC AFRICA in 1998. This widely circulated and read music magazine in gospel circle has featured and promoted almost all the biggest brands and names known and celebrated today in gospel music locally and internationally.

He has ministered in more than 1,000 churches locally and internationally. He is an international music director of repute and an ordained minister of the gospel.

Ajiboye who now shuttles between Nigeria, United States of America, South Africa and Europe also runs an annual music/choir academy in Lagos called, Lagos Choir Seminar and Workshop where he has trained well over 10,000 choristers, musicians and sound engineers. He is also a visiting music teacher in the state of New Jersey, USA.

He is happily married to his heartthrob, Adesewa Jadesola and they are blessed with Faithful and Faithfulness.

Intense Moments From “Empowered for Worship With Dera Getrude”
[VIDEO + AUDIO] ALifted & Dele Joshua team Up in A New Single – ‘Revival’
%d bloggers like this: