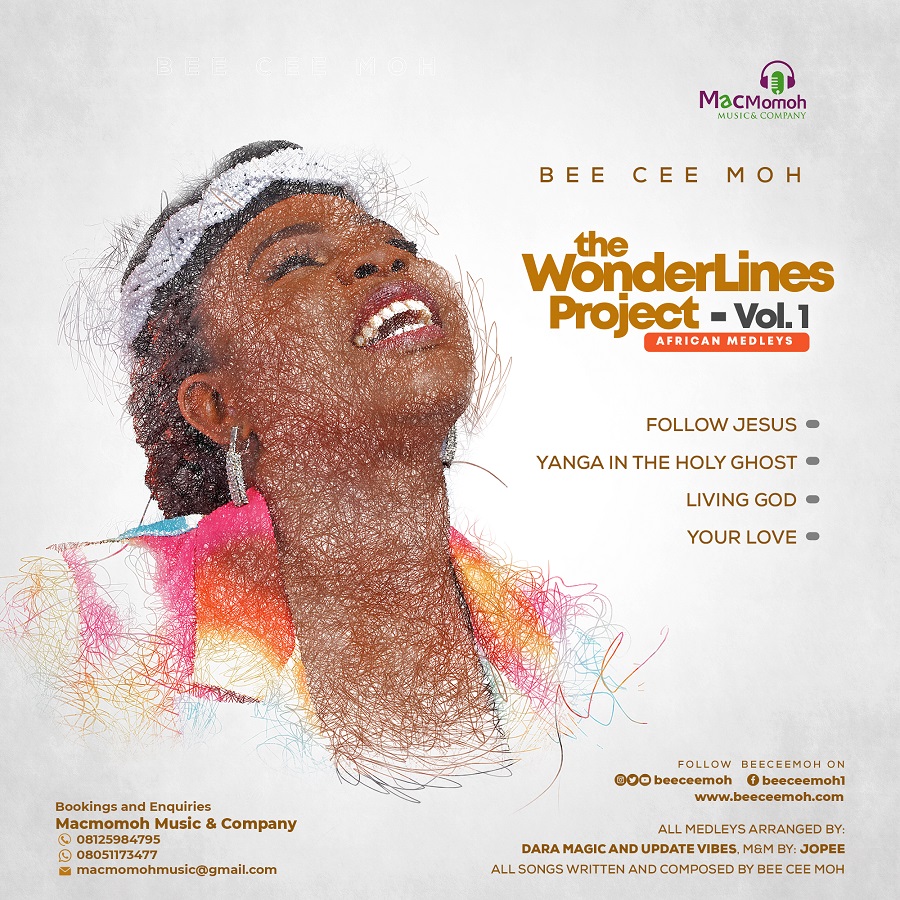 After much anticipation, “The WonderLines Project” (Vol. 1) from Macmomoh Music recording artist and gospel music minister Bee Cee Moh, is exclusively available now to stream/download on Boomplay Music. The 4-track project boasts a satisfying and uplifting collection of African medleys that stirs up an atmosphere for deep praise and thanksgiving unto God.

According to Bee Cee Moh, “The WonderLines” is a two-part project, and “The WonderLines Project” (Vol. 1) marking the first is tagged “African Medleys”. “The entire project is aimed at blessing the body of Christ with new songs of praise and worship unto God Almighty”.

“The WonderLines Project” (Vol. 1) was preceded by its lead single “Follow Jesus”, which recently hit a 100K Streams milestone on Boomplay Music.

All songs on the project are originals, written and composed by Bee Cee Moh.
The official video for “Your Love” premiered on her YouTube channel earlier today (see below).

Since making a graceful debut on the gospel music scene with “Daalu” in 2017, Bee Cee Moh has served several great songs to her growing fanbase. She dropped her first album, iTAGG, in 2018, highlighted by the fan-favorite “Wo Mi”, and her uplifting single – “Immanuel”.

“The WonderLines Project” is her newest body of work and it promises to be a blessing to all.