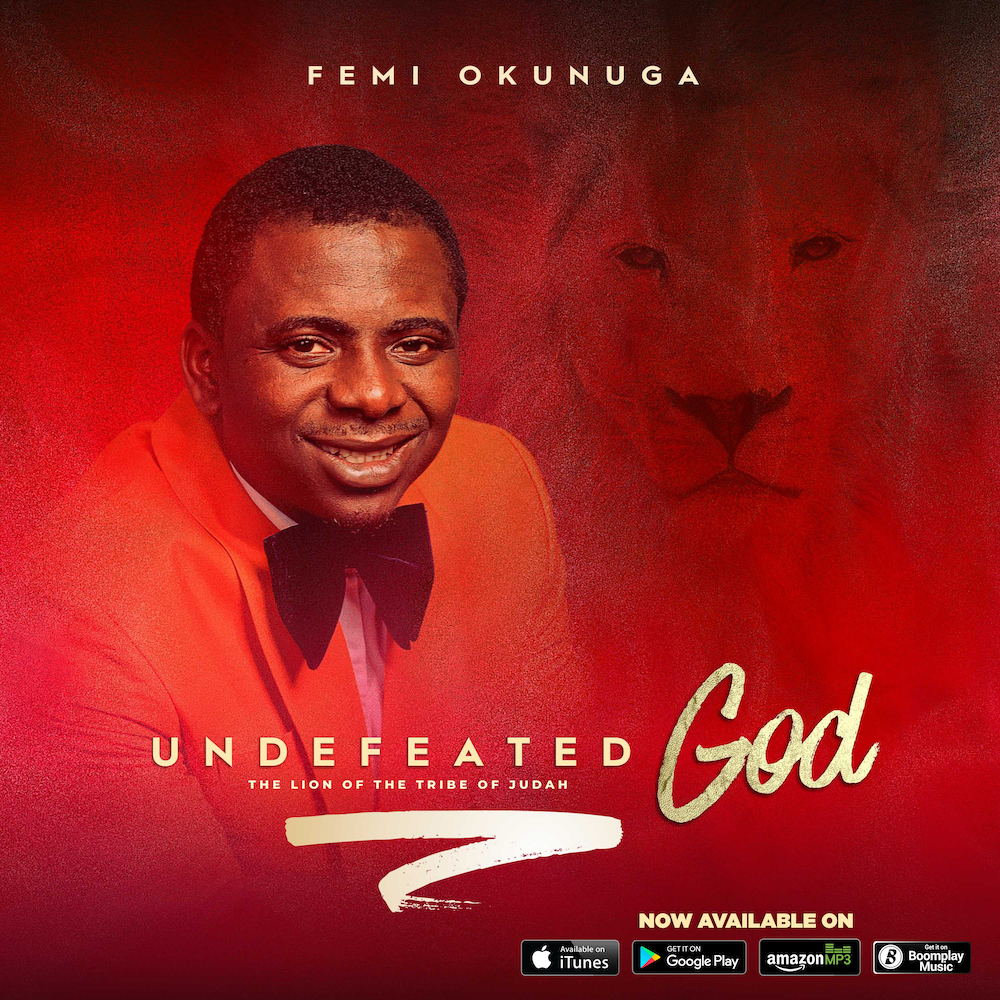 The album which features some of his hit singles such as “Only You” and “I Depend You”, depicts God as the “Almighty” and a supreme being who remains Undefeated.

Speaking on the album, Femi shares that the entire project was inspired by Revelations 5: 5; “And one of the elders saith unto me, Weep not: behold, the Lion of the tribe of Judah, the Root of David, hath prevailed to open the book, and to loose the seven seals thereof.“

From this standpoint, he was motivated to tagged the album “Undefeated God – The Lion of The Tribe of Judah”