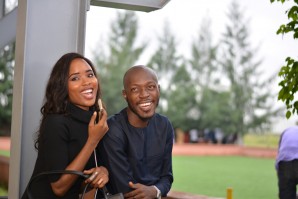 When are you getting married? Why don’t you have a girlfriend/boyfriend? Time is going and I want to see my grandchildren. Chances are that if you’re over thirty and single, you will hear some variation of these complaints. It doesn’t matter if you’re a man or woman, but I think it’s worse for women because of the ‘biological clock’.

The pressure to marry placed on young people in Nigeria is amazing, but it may not be entirely without merit. The natural course of life for most people is that after we are born, we get an education and start a family. How is the human species going to be replenished if we do not procreate? I’m going to try and look at this matter from both sides of the divide.

If you have Nigerian parents, chances are that they have a a plan for your life or better still a framework, because plans can change. In most Nigerian homes, by 25 you should have a degree, by 27 you should be done with your Masters, by 30 you should be married. You need to add an environmental factor of plus/minus two years, because some people get done with these things early, and with others, life happens.

With this in mind, is it too much to ask that your parents expect you to be married at a certain age? It actually isn’t. The psychology of most Nigerian parents is to invest enough in you till adulthood for you to be able to stand on your own. Standing on your own includes having a good job and starting your own family, raising kids based on the time, money and moral teachings they hope you have learned from them.

So what now is the problem? Why is our generation so wary of marriage? The simplest answer is that times have changed. But in this simplicity lies a myriad of complex issues that the average young person in Nigeria now faces.

These are a few of them:

The Economy: I won’t bore you with details, we all know what is going on. It is easier for a Nigerian living in Europe or America to get married and live well than it is for someone living in Nigeria. The challenges a young person faces are enough to wonder whether you are capable of taking care of a family and bringing children into this world. If you consider how much your parents invested in you and the miracles that it took to get you an education, it’s a lot to think about.

Career: Some people worry that marriage will affect their career prospects. In Nigeria this holds true for a lot of women. When a woman get’s pregnant, at some point she has to take time off work to deliver and take care of the child. Because of this, a lot of women get passed over for promotions and lose big opportunities. The competition in modern organisations is so steep today that no one wants to take their eyes of the ball, lest they miss out on moving to the next level.

Fake substitutes: Did I hear someone say “Who marriage don epp?”; I will not be surprised. If we are to be honest with ourselves, a lot of us have been enjoying the so called benefits of marriage from a very young age. I’m not judging anyone, nobody holy pass. Sex is easy to come by, and so are gifts between lovers. Heck if you want to have a child outside marriage, you will always find willing people. While traditionally, these things are meant to be shared between people who are married and love each other; society today is teaching us that it is okay to do what you like. As long as you’re an adult, your choices are nobody’s business. Whatever you choose, live your truth and be prepared to live with the results of those choices.

For some people, it could be as simple as the things they have seen in recent times. The divorce rate is higher in our generation than in previous generations. Irreconciliable differences is a term that you hear more and more often these days.

The most common excuse I hear these days is that the right person is not available. It’s a valid point sometimes, but it’s also a relative one. Is this person right or wrong because of their appearance or their upbringing, does it have something to do with their value system or their philosophy in life or religious beliefs? You should have a minimum standard for what you can accept, but you shouldn’t be so choosy that you discard what you can teach. The key thing is to learn the difference. A guy that dresses poorly can be taught better. A guy that beats women cannot.

Open your eyes and seek what you want with wisdom. Don’t be fooled by all the packaging of our time, take sex and money out of the equation and see clearly. Don’t marry just anyone because you are under pressure. Better a failed relationship than a failed marriage. If you don’t want to marry, just let them know; they may not like it, but they will eventually accept it.

If you have thoughts to share about the pressures of marriage in our generation, please drop a comment. I hope to hear from you.
The force be with you.

Written by Adetoyan Adeniji-Adele
Photo credit for the picture above is mine; the people in the photo aren’t dating as of the time of writing this post, but the picture was just too beautiful to ignore.