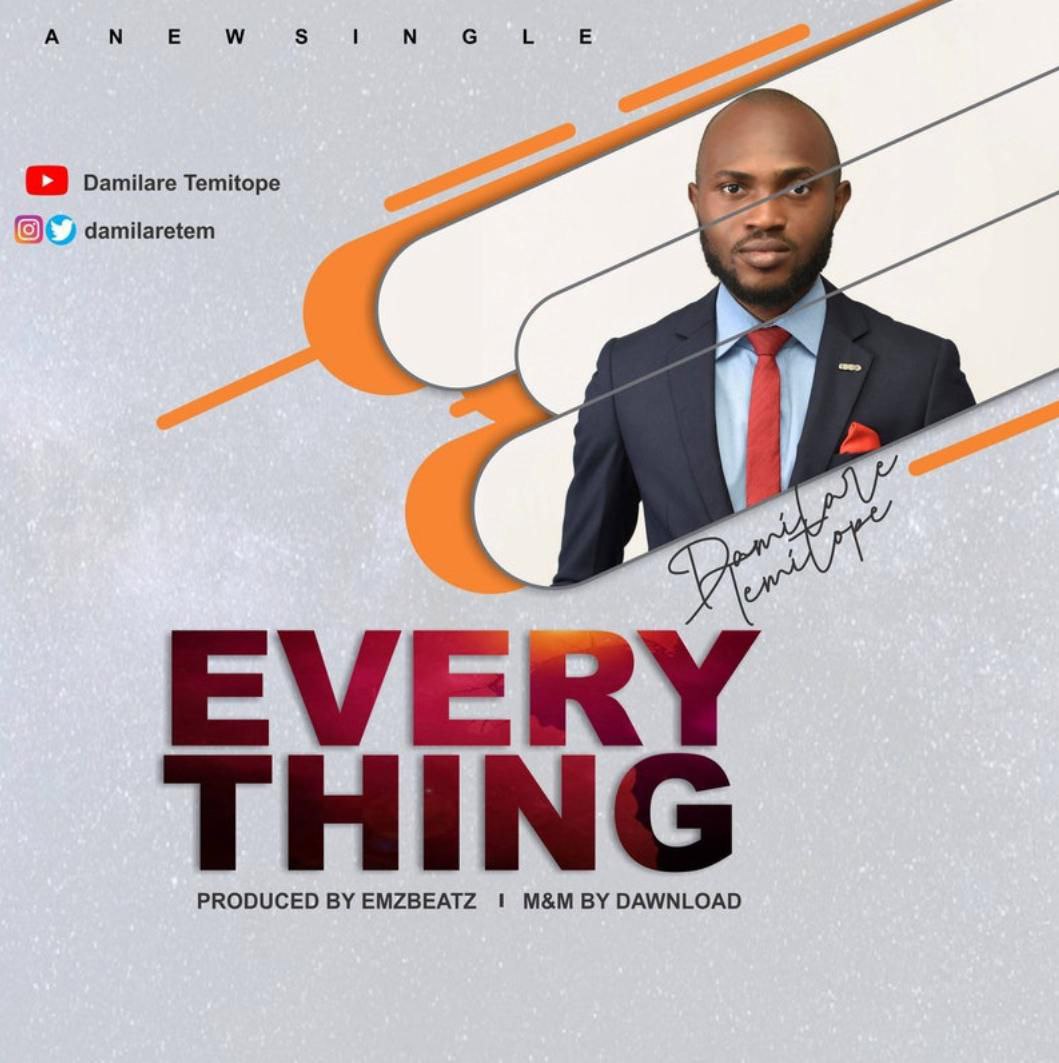 Damilare Temitope has released a new song titled “Everything”; a song birthed by the Holy Spirit for a time like this. It’s a song written and composed by Damilare Temitope. It’s a song of assurance that no matter what you’re facing in life and God is ensuring it’s working out for your good.

“There are some certain things in our lives that look as though God’s no longer God and as though God is partial on who he answers. I really want you to know that God is Just!” – Damilare

ABOUT
Ogunnubi Oluwadamilare Temitope is the first son among 4 children to Mr. Ogunnubi Oladipupo and Madam Elizabeth Adejumoke, He was nurtured at Bariga in Lagos state.

Education
He obtained his WASSCE certificate at Lagos State Model College, Meiran. Then his BSC in Biotechnology at the African University of Technology and Management, Cotonou, Benin Republic.

He got the initial instinct of becoming a songwriter during his tertiary education, where he was a part of a mass choir and a praise worship leader. He was a founding member of a gospel musical crew called “The Crusaders”.
In 2020, he founded an online platform “Music Therapy” that connects young music ministers from around the globe to help build music careers and spiritual development.

He is also the Praise Team leader in RCCG Praise Assembly, Karu, Abuja where he worships to date.
He then proceed to musical recording where he recorded his debut single “Everything” in the year 2022. The track launched him fully into the music industry.

You made all the delicate, inner parts of my body and knit me together in my mother’s womb. Thank you for making me so wonderfully complex! Your workmanship is marvelous—how well I know it.
Psalm 139:13-14