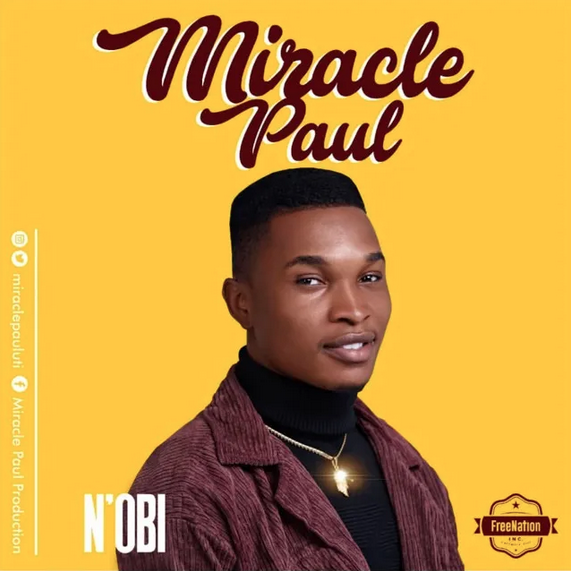 Freenation Inc takes on a brand new artist under her label with the official signing of Nigerian Urban contemporary gospel artist Miracle Paul. Freenation is the music label home for award-winning gospel art, Ada Ehi, and now officially welcomes a second artist to the family with the signing of Miracle Paul.

“He is scheduled to unveil a lineup of new song releases and projects under his new family.” – FreeNation

The newly signed artist is now the second artist to be signed by the successful music label Freenation Inc, and he becomes the first label mate to one of Nigeria’s most popular and outstanding music ministers, Ada Ehi.

Listen and download Miracle Paul’s first single from his new family Freenation.
Enjoy and experience it.

ABOUT
The Nigerian-based artist Miracle Uti Paul known popularly as Miracle Paul is an artist, musician, and producer, with unique Contemporary Gospel sounds.

Starting his music career in 2017, as a singer and producer, Miracle Paul has evolved over the years to become a well-rounded contemporary act. In 2019 he released his debut album “God’s Love’ which included singles such as ‘Hallelujah’, ‘Oh Sing’, ‘Your Love’, and more.

Miracle Paul is a versatile producer who has worked with artists such as T sharp, Mairo great, Tiana muzic, and a lot more.