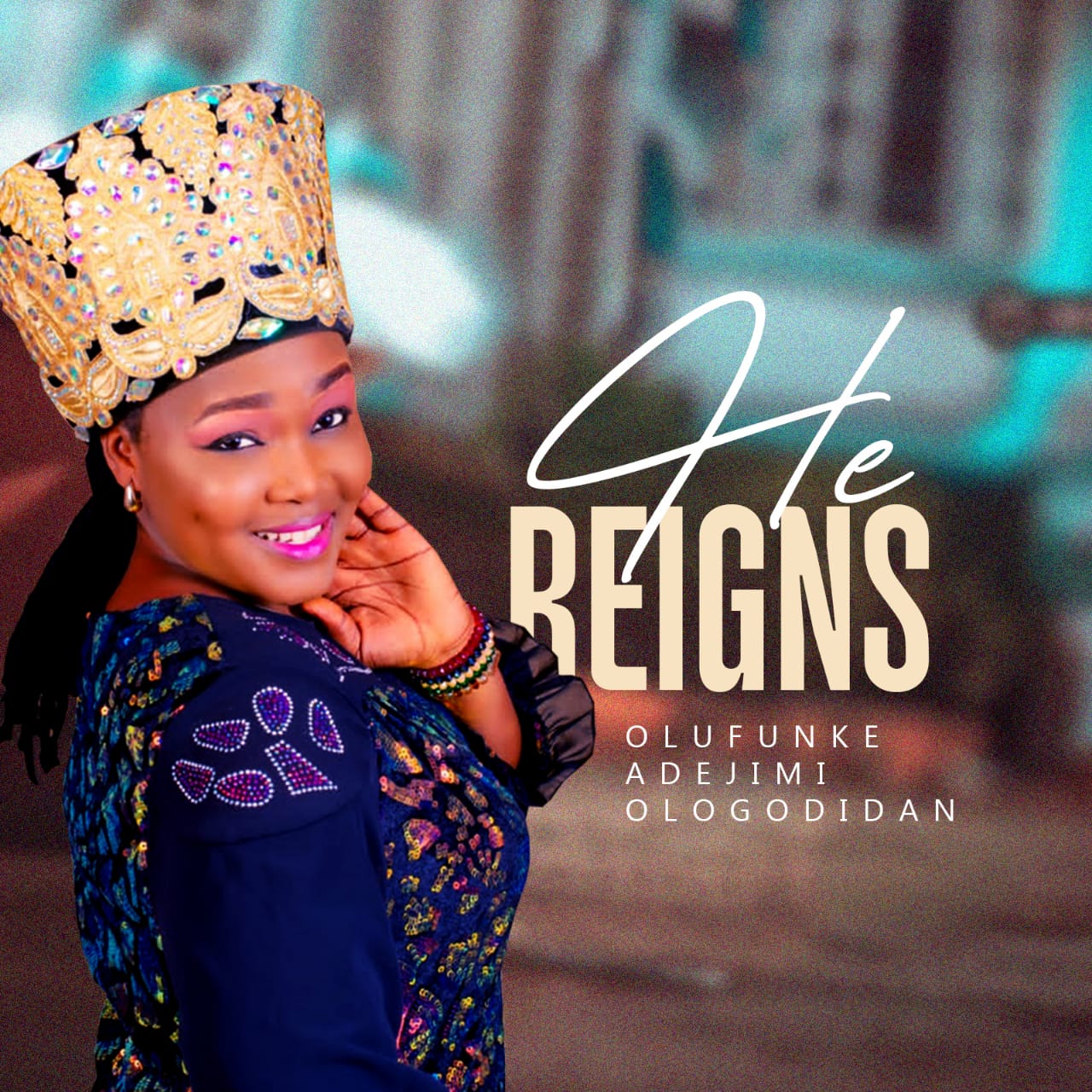 Olufunke Adejimi popularly known as Ologodidan comes through with a new song titled “He Reigns”.

“He Reigns is a song that reminds us that our Redeemer is the reigning King. For He (Christ) must be King and reign until He has put all His enemies under His feet (1 Corinthians. 15:25). We are reigning with Him because we belong to the Kingdom of God’s dear Son (Colossians 1:13).” – Olufunke

Olufunke was born and brought up in Kaduna state to be precise. Having been in the music industry since 2007 till date, she has released three albums and a single to her credit; a 5-track album – “The Lord is my portion”, a 4 track album – “Temidire”, a 4-track album “Ejika”, “Mo Moore”, and “Afobaje (Kingmaker)”.