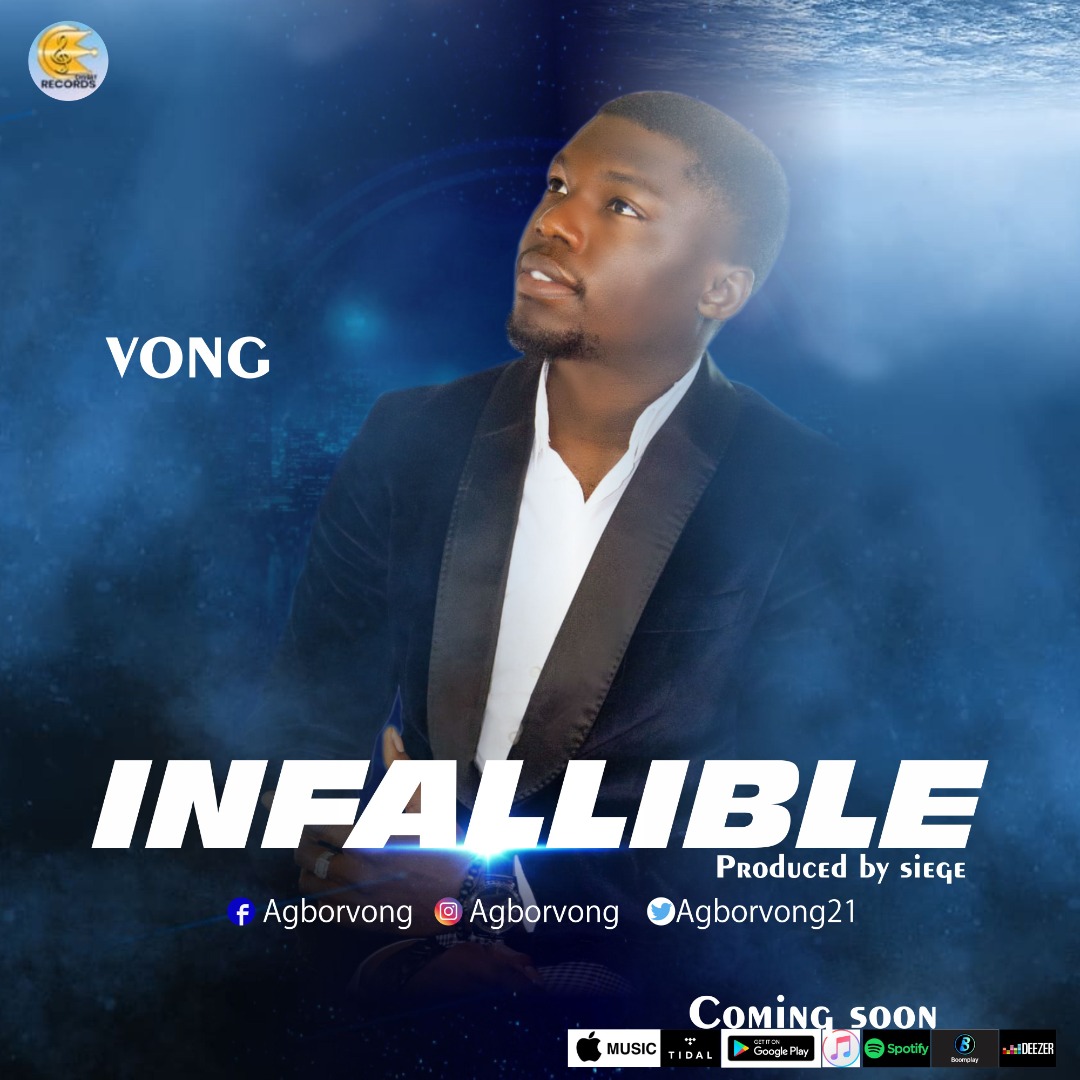 Cameroon music minister, recording artiste, and music director – Agbor Vong simply known as Vong is out with his debut single titled “Infallible”; a song that reassures us on the reliability and dependability of God knowing that he can not fail us nor does he make mistakes.

Vong is one of the leading vocalists in the international gospel music scene. Born Cameroonian but resident in Germany, Vong has paid his dues over the years, training and raising choirs in different cities and countries.

After much success in training and raising choirs and being a successful vocalist, Vong has decided to bless the entire world with his own unique sound. This song is coming after his signage to Chybay records and this is his first project under the imprint of Chybay records.

It’s a song that will surely bless you.

For the grace of God has been revealed, bringing salvation to all people. And we are instructed to turn from godless living and sinful pleasures. We should live in this evil world with wisdom, righteousness, and devotion to God.
Titus 2:11-12