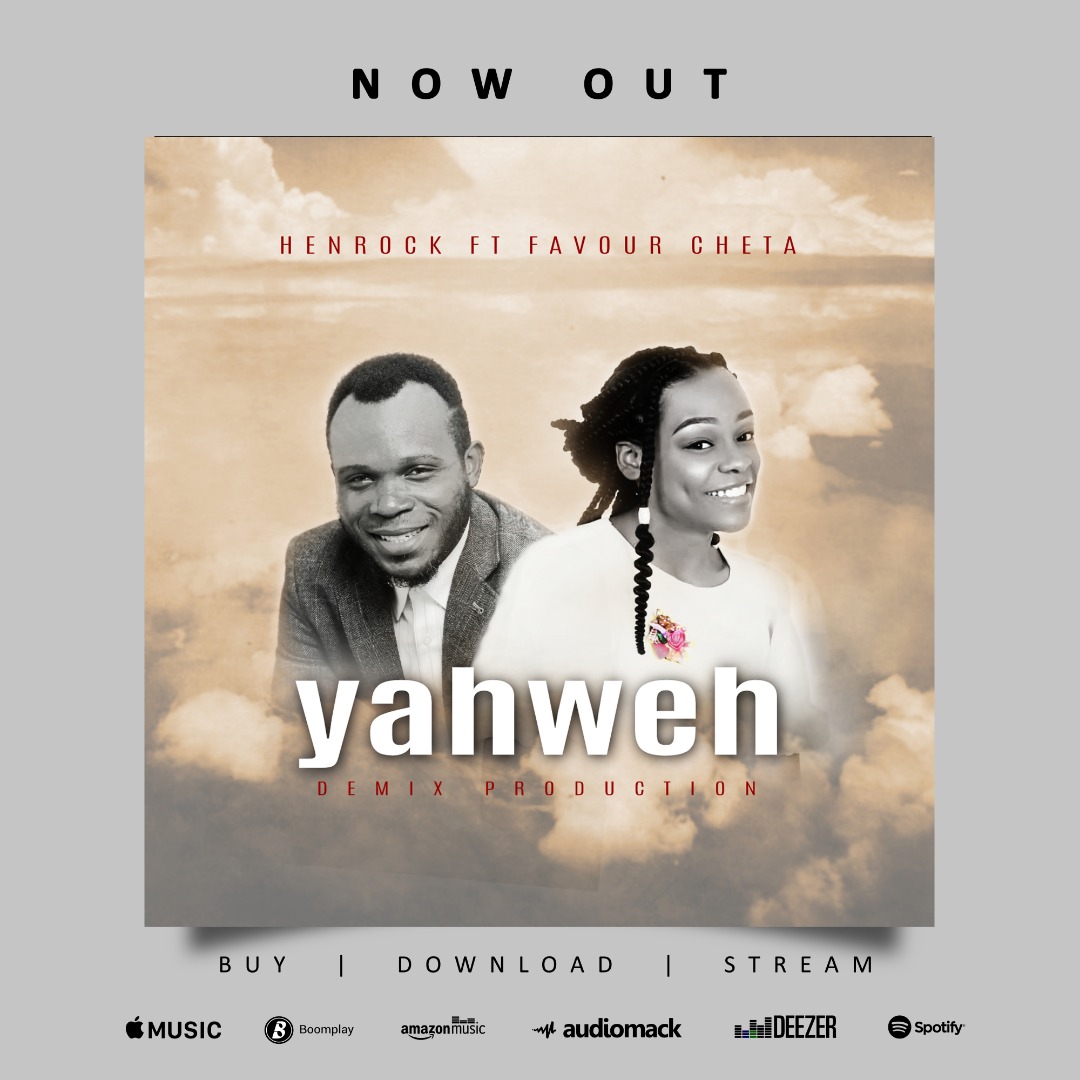 Henrock is back with a brand new contemporary worship single titled “Yahweh”, which features Port Harcourt-based singer Favour Cheta. This song is both heartwarming and catchy with such simple lyrics that stay on your mind long after you have stopped listening.

The Port Harcourt-based singer and worship leader is known to pour his heart out in his songs, from “Lion of Judah”, “Who am I” and many of his unreleased tracks. According to him, Yahweh is one of the many names of God in the Bible but this particular name was introduced by God himself in the book of Exodus 3:15.

“The song (Yahweh) speaks to the authority, Power, and Majesty that backs that name and our disposition to it as sons and daughters of God”. The song is also a commitment to remain in the place of intercession for the lost (on bended knees and lifted hands) until all the nations of the earth begin to call on him in reverence and worship.

This song is so refreshing, especially for such a time as this when we need the constant reminder that God rules in every realm. ‘Yahweh’ has such a calming effect, a great backing vocal and most importantly it eulogizes God. The singer says that he seeks to express the beauty of God through worship and to strengthen the faith of his fellow believers.

The contemporary worship sound with a fusion of afro is produced by Demix production, mixed, and mastered by singer and producer Ceewai. Henrock may have hinted at more projects following soon.

This track is also available to download and stream on all digital platforms.