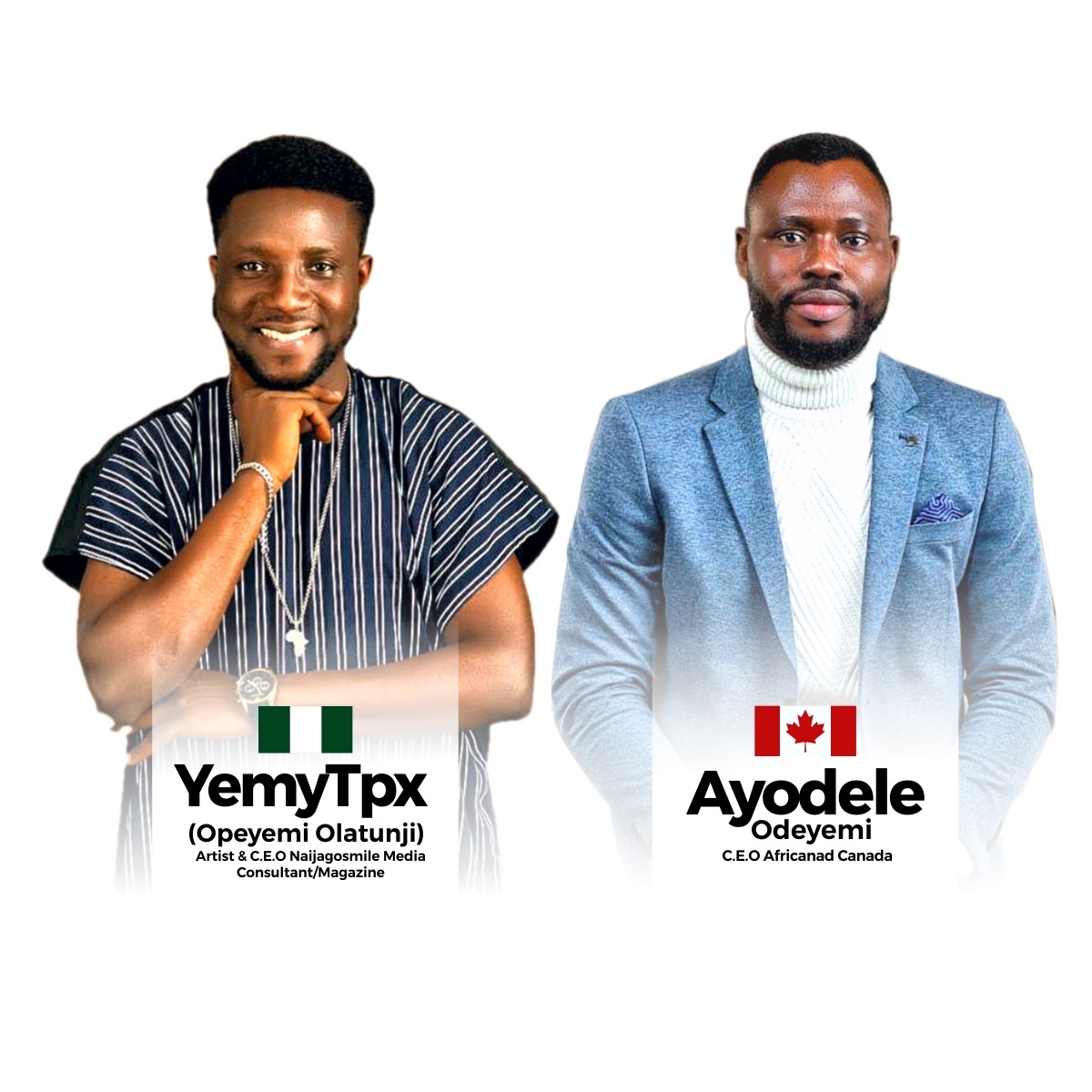 To celebrate the diversity and uniqueness of Canada as a land of opportunities – Africanad; a company based in Canada collaborates with Opeyemi Olatunji popularly known as YemyTpx in a new single titled “O Canada”.

“O Canada”, a celebration song filled with lyrics of the Canadian’s anthem, delivered in a blend and fusion of Afrobeats laced with western feels.

The song was produced by veteran music producer Edward Sunday, while the video was shot by award-winning video director Otega Ododoru.

The song is a collaborative effort between YemyTpx and a friend, Ayodele Odeyemi, best known as Ay De’ Senator who is a Canadian citizen and the Chief Executive Officer of Africanad with the partnership of some other stakeholders both in Canada and Nigeria.

Speaking on how it all started, YemyTpx said: “It was one beautiful weekend earlier in 2020 that I got a call from Africanad’s CEO who I have been working together with on some other philanthropic projects.

Right in the middle of our conversation, he talked to me about a vision he’s been nursing for Canada overtime on content that can serve as a fulcrum of unity for all Canadians.

“We both reached an agreement that it can only come either through sport or music because those are the two phenomena that can bring people of different tongues and colours together. So we both put heads together and agreed on making a music rendition that can be sung by all Canadians all around the globe, something they are familiar with.

“Then we thought of making new vibes and music out of the Canadian anthem lyrics fusing it with some other original lyrics of mine with a sweet sensational tone and that’s what birthed ‘O Canada’ celebration song today.

“After I was done with the songwriting, the vision and song were presented officially to the AFRICANAD team for deliberation, approval, and funding so as to progress into the next stage, which is music and video production.

“We also had to seek for collaborations with other artists and media companies, such as NaijaGoSmile Media Consult, Azusa Productions, and GAP Studio, to make the project a success.

This was because it was a tasking project that requires the involvement of different stakeholders.” YemyTpx said composing such a song was not an easy job, but the experience was worth it.

“As an artiste and a songwriter, it was an opportunity for me to express and explore my gift as a singer making such a global landmark with Africanad support, most especially the executive producer, Ayodele Odeyemi, who shared the vision with me. “It was a means to foster our continuous philanthropic contributions and adventure towards humanity, especially Canada and the world at large.

“Writing the song was a very sweet experience for me because we could foresee the impact the song was going to have on the end consumers, which are Canadians.”

Odeyemi said as he listened to the country’s anthem, he thought maybe he could jazz up it up saying; “You know, Africans love their music. We love to groove. We love to dance. We love our drums. I thought to myself, ‘I can infuse something in here”.

He had the idea to infuse the alternative anthem with elements of afrobeat — a music style that combines West African musical elements — along with vocal work by Winnipeg’s Africanad community choir and a range of different drumming styles.

Odeyemi said he saw Canadians, in the midst of the COVID-19 pandemic, also battling racial injustice, coping with mental health struggles, and dealing with the fallout of an ongoing opioid crisis. He thought it was time to release the song to bring people together.

Listen to ‘O Canada’ below: