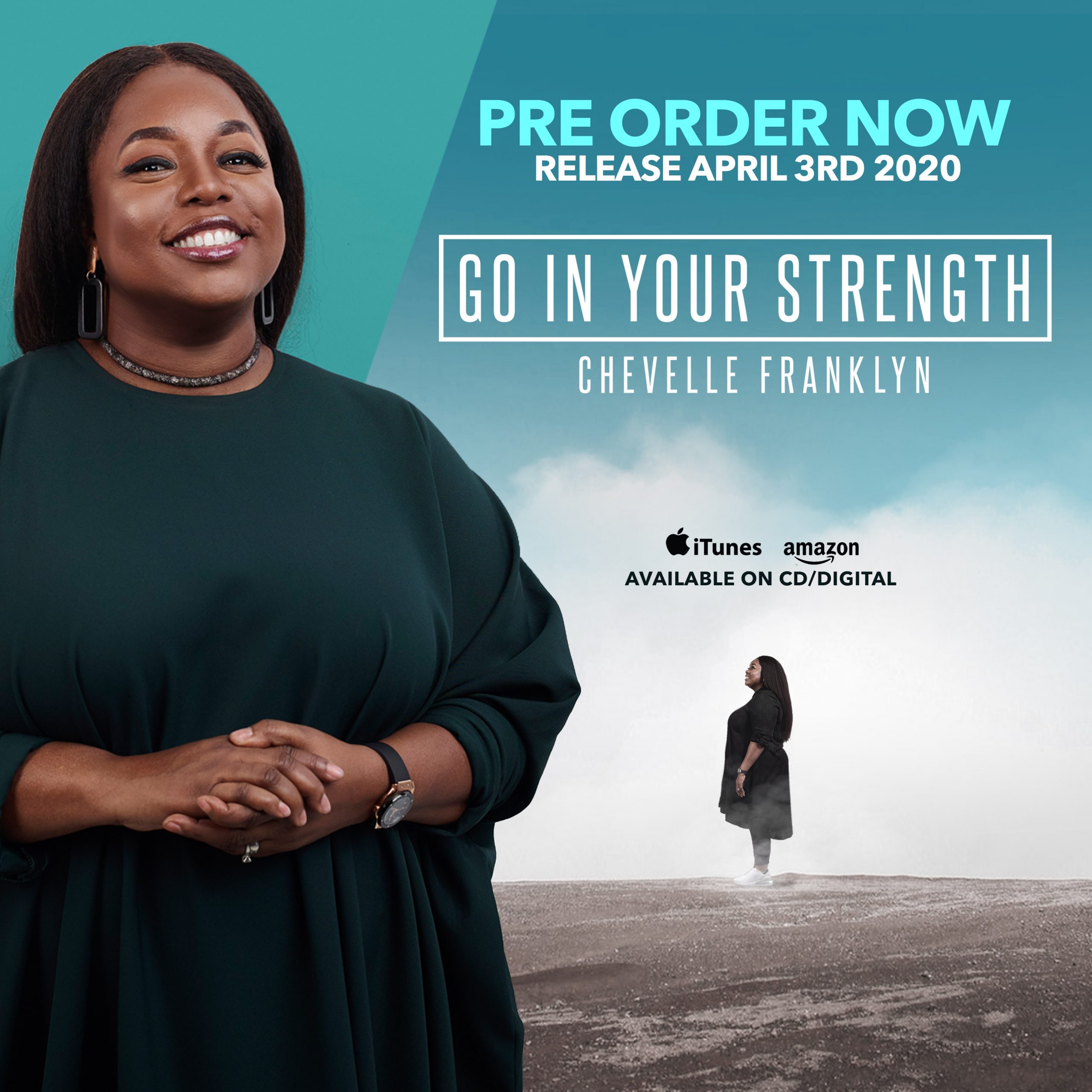 Renowned Jamaican music icon Chevelle Franklyn is back, set to release a new single “Go In Your Strength”; a single off her forthcoming album “South Wind Volume 1”.

The Naijamaican, as she refers to herself due to her love for Nigeria, has announced that the highly anticipated worship song will be officially released alongside the official music video on Friday, April 3rd, 2020.

“Go In Your Strength” delivers a strong Christian contemporary sound with driving rhythmic guitars combined with the distinct sweet yet powerful vocals that Chevelle is known for. Written over a span of five inspirational minutes while in South Africa. The single hails the release of the ‘South Wind Vol 1’ album, which is all about worshipping God and features guest artists from South Africa.

Chevelle co-produced the album with Nqubeko Mbatha and Mojalefa Mjakes Thebe with Ntokozo Mbambo being a prominent collaborator.

“It is total worship, total exaltation, and admiration for God. Where previous albums have been about testimonies, this one points solely to Him and who God is.” – Franklyn.

She has affirmed that this is her best work yet. “I can’t wait for the world to hear ‘South Wind’ – I also sing in Zulu on the album. It’s a dream come true; I’ve wanted to do this for so many years. I was in the right place, at the right time, with the right set of people,” concludes Franklyn.

Chevelle Franklyn has on several editions, graced the stage of Africa’s biggest gospel concert The Experience Lagos; remains a respected voice in the worship music ministry

For more than three decades, Chevelle has toured the world, to countries such as the United Kingdom; The Middle East, Asia, Austria, Germany, Holland, France, US, Nigeria and multiple other African countries. She has collaborated with renowned artists such as Donnie McClurkin, Israel Houghton, Micah Stampley and Lionel Petersen.

The highly respected Chevelle started her journey in music as a teenager when she recorded her first single called “Here I Am.” By 1991, her career was blossoming, leading to her featuring on Shabba Ranks’ worldwide hit, “Mr. Lover Man”. She also recorded her hit single, “Dancehall Queen” with Beenie Man, which put her on the international reggae map.

Having started out as a reggae artist when a teenager (known for performing on the global hit with Shabba Ranks, Mr Loverman), Franklyn’s turning point came during a live concert in 1998 where she was expected to perform ‘Dancehall Queen’.

Instead, she performed the gospel song, ‘Silver and Gold’ by Kirk Franklin; deciding to use the moment to announce that she had become a Christian and will be singing and recording Gospel Music exclusively.

“I did not hear a message or anything, but I felt the calling of God. Then I just broke down on the stage and said; ‘I can’t do this anymore.’ Though I knew there was something better out there.”

Chevelle gave her life to the Lord ending all her secular contractual agreements; walking away from the international hit song ‘Dancehall Queen’.

The official release date for streaming and download, 3rd April.

See Chevelle Franklyn video at The Experience Lagos below;

See Chevelle Franklyn video at Festival of Life (2016) below;