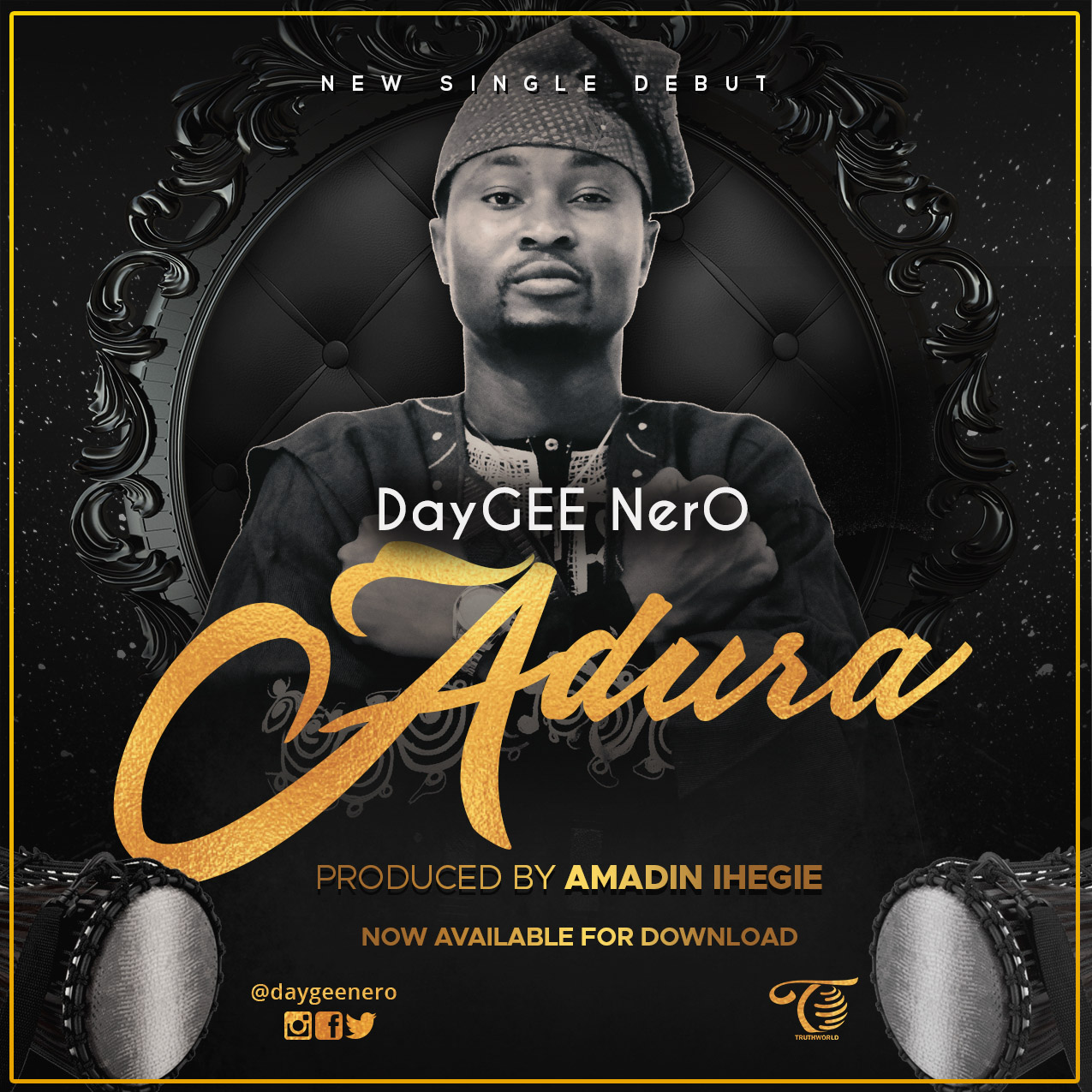 Lagos based Afro singer/rapper – Daygee Nero releases his debut single titled – ‘Adura’ – the groovy prayer-song is a declarative confirmation of God’s answered prayers in our daily lives; filled with conscious lines of gratitude for a good life and the power of Adura (Prayer) to the Creator.

Daygee has performed alongside – The Sage and Nigerian multi-instrumentalist, singer-songwriter and composer – Bez amongst other great musical performers at the World Slam Series, from the stables of the Cultural Advocates Caucus and Goethe Institute, Lagos in the year 2007 and 2008 respectively.

He was also the Top Winner of the Nollywood 12 Ambassadors Reality TV Show; sponsored by Unity Bank in 2009. Nollywood Thelma Awards winner, 1998. He has also featured as a regular dayplayer-actor, in M-Net/ African Magic’s – Tinsel.

Daygeenero defies being pigeonholed and brings biblical, cultural and historical facts to tell a true story in a style all it’s own.