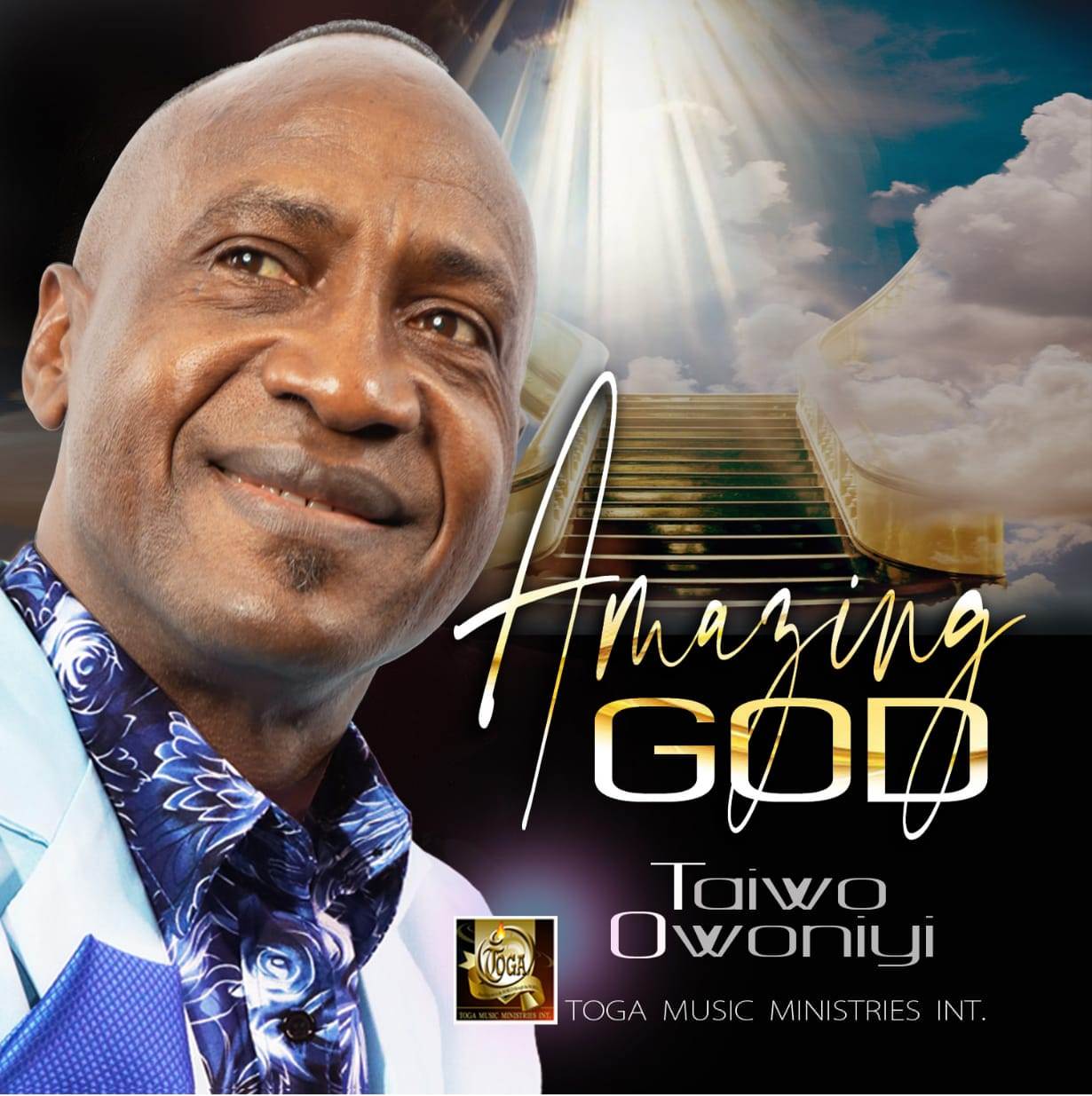 In a contemporary blend tone of soul, classic and traditional African Rhythm, in a deep and meaningful messages; Taiwo Owoniyi creates the atmosphere with his new single “Amazing God”, which connects the feeling of every category of people, young and old to God’s presence. His lyrics depict preaching, prayer and praises.

This United States based renowned gospel music minister, first major album was titled “Observation”; released in 1994 with the teamwork of his twin brother. He has since then continued to work tirelessly; reaching out to the world with inspirational and soul saving songs. In 1999, an achievement was reached when his album titled “Jehovah Jireh” got nominated among the Best Gospel Album of the Year by Nigerian Fame Award.

Born in Owo, Ondo state of Nigeria to the family of the DS Late Pastor Matthew Adedeji and Deaconess Dorcas Owoniyi.

Taiwo is a graduate of Yaba College of Technology, Lagos-Nigeria. At the early age of six, he was accepted into the Church Choir where he grew up and developed the skills to play all kinds of musical drums. Baptized and ordained as Evangelist, he served in the church as Sunday school teacher, and a choirmaster.

“Kneeling down in my room during one of my daily morning prayer, as I begin to appreciate and worship the name of the Lord; my spirit was captured in deep thought and I began to recount the supremacy and awesomeness of this one and only God, that everything bow before him.

How mighty is He that He made and set all things perfectly all by Himself, including His own kingdom, far beyond the reach of man. He is a master of all knowledge, wisdom and ability of all men. His authority no one questions even though no one sees his face. His words are enough for acceptance. He listens and speaks at the same time. He surrounds himself with unending glory and spreads across the earth his beauty. What else can we call him if not the Amazing God.” – Taiwo