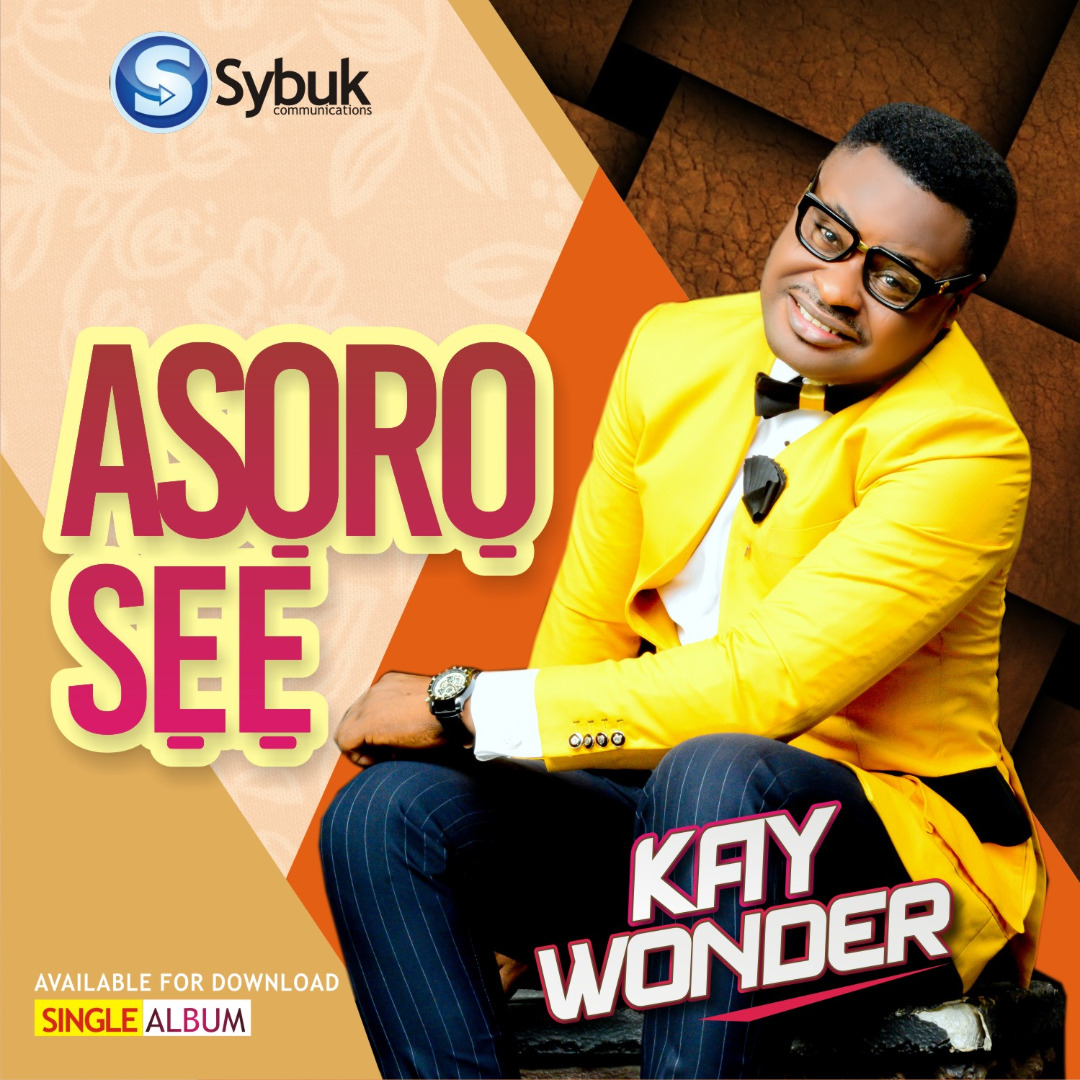 Anointed and energetic praise worship leader Kay Wonder, is back and hot with this brand new song titled “Asoro se”.

The singer known for his popular worship and praise songs has brought forth a very outstanding, crisp and top-notch music song. This song is a breath of fresh air for the artist and for the industry.

A combination of English and other languages, also, songs of joy, gratitude and praise all finding their root from the word of God.

Get The Full Album (God of All Possibilities) the Digital Stores below;

ABOUT
Mr. Kayode Solomon ELUDIWURA popularly known as Kay Wonder is a seasoned and veteran musician whose love for God knows no bound.

He started off singing at age five at The Apostolic Church, Idi Aba Assembly, Isale-Ake District, Abeokuta Area, Ijemo-Agbadu… where he learnt to play all musical instruments including the keyboard, drum set, and all Strings..

etc. Much later, he gradually formed a band with which he performed both gospel and secular music.
He had his primary and secondary school in Abeokuta. After relocating to Lagos, he furthered his studies in Lagos State University, Lasu Ojo, from where he bagged his Bachelor of Arts degree in 2013 in the discipline of History and International Studies.

During his studies, he launched into career music professionally performing in different strands, genres and at different occasions.

Having released four Albums of secular music, KayWonder joined the Redeemed Christmas Church of God after his re-dedication to God in 2012 at RCCG, Peace House then under the headship of Pastor Oladipupo, but currently under the pastorate of Pastor Daniel Balogun, a Provincial Headquarters, Province 49.

He was at many occasions under the ministrations of Pst J.T Kalejaiye during his special Anointing Services and under the choir leadership of Pastor Samuel Folorunsho Foli at Province 7 at Overcomer Assembly Abule-Odu Egbeda Lagos.

KayWonder in 2015 joined the RCCG National Mass Choir Under the leadership of Pastor Kunle Ajayi and in the same year was privileged by His grace, to minister twice on the podium during the Holy Ghost Congress, in December 2015 themed ‘Flood Gates of Heaven’, ministering the song ‘Onikokoro Orun’ which got a wide acclaim for its import. Due to popular demand, the Album ‘Flood Gates of Heaven’ was released in August 2016. Four months after, another Album titled “Breakthrough High Praise” was also released and went into market circulation with a more gleeful acceptance.

To the glory of Almighty KayWonder has become a household name performing at different events such as wedding ceremonies, church events, crusades, funeral services (for the elderly), anniversaries, conferences and summits, dedications to mention a few. He has featured prominently in churches like RCCG, National and Regional Hqts, Provincial, Zonal and Area Headquarters, Christ Living Apostolic Church, CLAM, The Apostolic Church, Christ Apostolic Christ etc. He performed during celebration of Lagos at 50th, He was also the Guest Artiste at Gala night, organised by Association of Chartered institute Taxation of Nigeria (CITN) having in attendance the Minister of Finance, Mrs Kemi Adeosun held at International conference centre Abjua In 11th of May 2018, his career went international when KayWonder performed in RCCG, Grace Assembly, Dubai, UAE.

KayWonder’s genre of music is a blend of cosmopolitan and countryside style of music, dynamic in performance to meet the needs and taste of his clients.

He is a level-headed, astute, passionate and more importantly conscious of the grace of God on him.