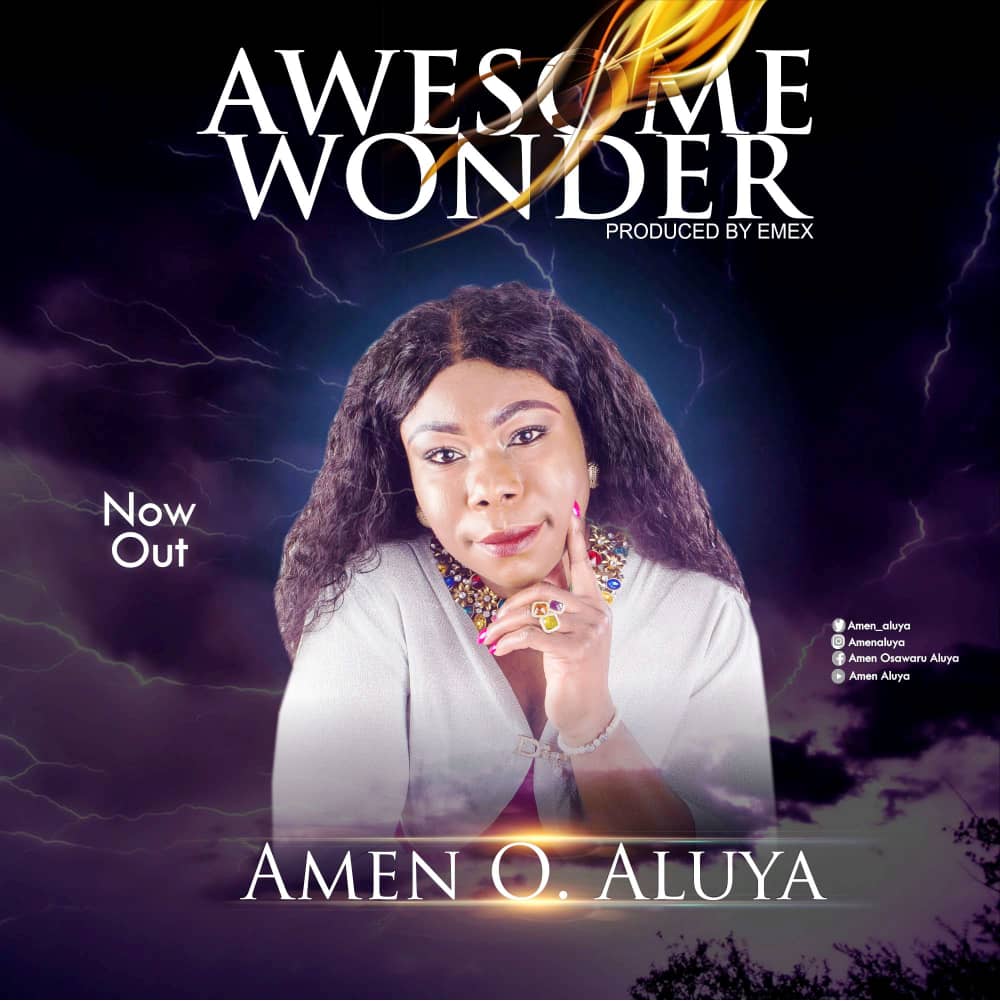 Amen O. Aluya is out with a new single titled “Awesome Wonder”, which was produced by Emex.

“Awesome Wonder” is an intensive expression of thanksgiving from a place of gratitude to God. The song testifies the awesomeness, greatness and unfailing love of God. That even when men fail, He is always there.

In her words; “In my state of depression and confusion, the holy spirit ministered to me and revealed the God of awesome wonder and miracle who nothing is impossible with him.”

This song is with a perfect blend of a deep sense of gratitude and a strong vibe of appreciation. Kindly download and be richly bless.

ABOUT
Amen O. Aluya is a UK based Gospel music minister, songwriter, praise leader and a gospel recording artist. A worshipper anointed for the outpouring of God’s worship, God fearing woman who does not joke with the things of God.

Her passion to worship and to praise God started when she was 12yrs, then she joined children choir at New Live Evangelical Mission. Since then it’s been from grace to grace through divine inspiration of the holy spirit. She believes God has specially anointed her for this generation to promote Jesus through music. She has ministered in several platforms and concerts in the UK and Europe.

Amen O Aluya has recorded two albums and two videos to her credit. Her first album titled ‘Ijesu Nogie (Jesus the king)’ was released 2014, and the second album titled ‘Testimony’ in 2016. She has progressively released 3 more singles by the Anointing and Inspiration of the holy spirit in 2018, ‘HELP FROM ABOVE, MY DEFENDER’ Features a multiple award winner, an urban contemporary gospel singer Samsong and the third single is ‘WHO AM I’.

[VIDEO & AUDIO] “You Are The Lord” – Johnny Praise

[VIDEO & AUDIO] “This Too Shall Pass” – Freddie