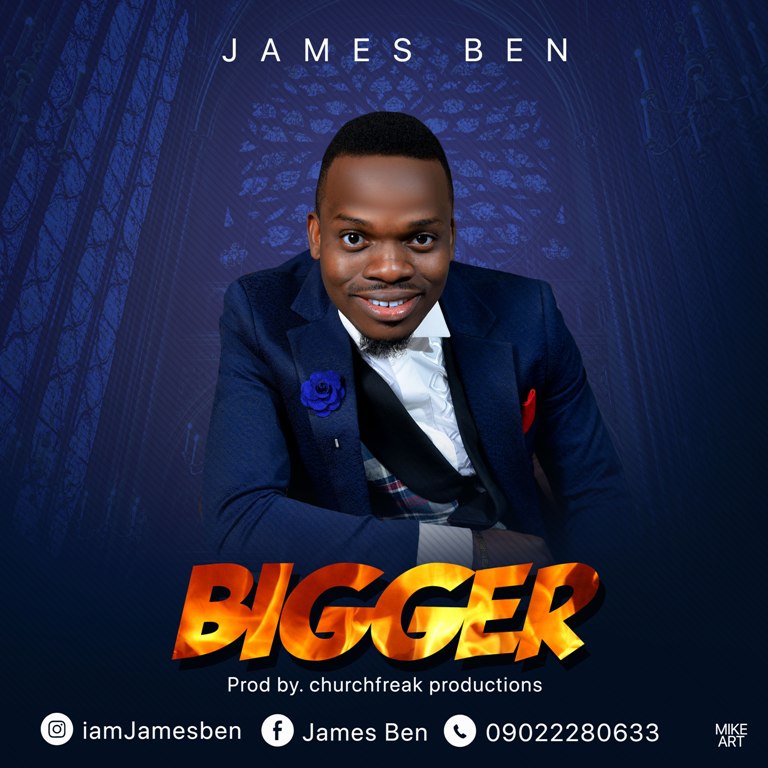 Gospel singer/music minister – James Ben releases his new single – ‘Bigger’ – a song written from a victorious standpoint, regardless of the pains and challenges of life. Prior to Bigger, James Ben released his debut single – My Hero in the year 2014, which was produced by Johnny Drille.

James grew up to be gifted in music from a young age; both singing and playing the keyboard. This has been a major edge for him in his ministry. He has led as a Music Director in various circles including being the Assistant Music Director at Christian Fellowship International, UNIBEN, where he bagged a degree from the Faculty of Agriculture.

He has been privileged to share the stage with great Gospel personalities such as – Nathaniel Bassey, Freke Umoh, Patricia Kings, David G, Chris Morgan and the likes in great meetings across the nation.

He is saddled with the call of God upon his life to spread the love of Christ through spirit filled music and teachings which he does alongside his Gospel music band – De Mouthpiece.

Presently, he is the Resident Pastor at Jesus Compassion Ministry aka Chapel of Mercy where he serves under the spiritual leadership of Pastor Benjamin Udi – the General Overseer.

His new single – Bigger is a combination of strong comfort and great music powered by the Holy Ghost.