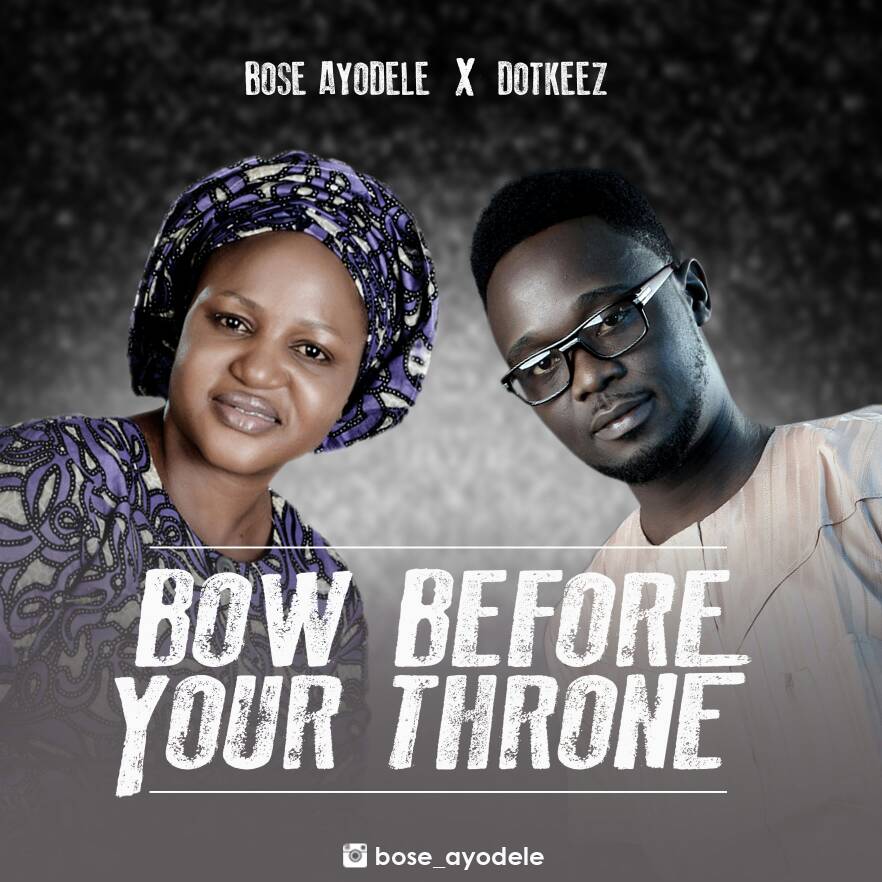 ABOUT
Evangelist Mrs Bose Ayodele is a graced and anointed minister of the gospel in music and in the word.

Her journey in ministry started way back in her early years of childhood with a group called “Akorin Ewe” of WOSEM.

Her desire for the work of the ministry continued as she became one of the founding “Seven Sisters” that later became Great Is The Lord Ministries International which greatly grew and spread the good news of our Lord Jesus Christ.

She pastored The Praise People Fellowship Offa (Federal Ploy Offa Fellowship centre) under the leadership of Pastor Praise Olufunmi And Pastor Samuel Oyeleke, with the support of Great Ministers like Yetunde Are among many others.

A committed minister with the Redeemed Christian Church of God (RCCG), she has travelled across the country ministering in the power of the Holy Spirit with miracles and signs following.

In this Album, she praised God for the miracle of making her a mother after 9 years of barrenness against medical report that she may never have a child.

Mentored by powerful Men and women of God of our time, like her biological father, late Rev Joshua Ojo Ayansola JP and Lady Evangelist Dr Bola Are, Evangelist Mrs Ayodele is empowered of God to sing His Praise across the nations of the earth.

She used her ministry and gift to bless God’s people in Echo of life at The Four Square Gospel Church during her secondary school days, she was the choir coordinator for all sister in Federal poly Offa, and also was the JCCM choir coordinator at Federal Ploy Offa of her set to mention but a few.

She is married and blessed with a wonderful daughter Jetioluwa.

Get the album on the following online stores:
AMAZON | ITUNES