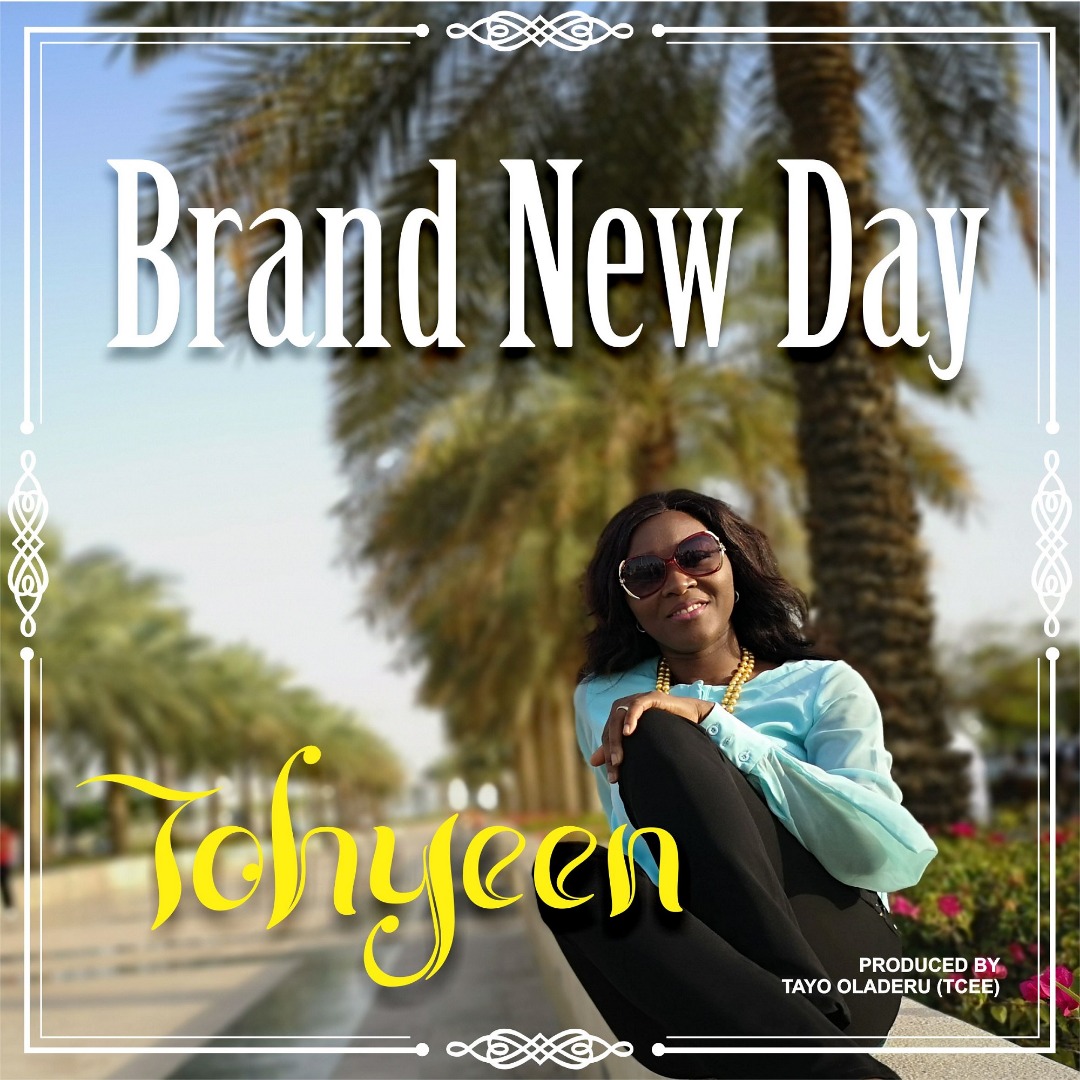 The single, deeply rooted in Soul-Blues, is a laudable project that speaks of God’s amazing love for us in Christ Jesus who gave us newness of life and hope even while we were yet in darkness. It professes the singer’s confidence and trust in which enables one to leave the reins of one’s life in God’s hands and yet be rest assured of His guidance. Tohyeen confesses that this confidence makes her know God has brought her to a brand new day where she rest in Him.

“Brand New Day” by Tohyeen is a song of gratitude and faith, while interceding with supplication in belief of what God has already perfected. This makes one know that the life in Christ has enabled us to step into new possibilities and hope.

Oluwatoyin Modupe Oyekan also called ‘Tohyeen’ has been a songster from childhood. She has been an outstanding member of various choir and musical groups. Her notable contribution to music alongside her passion and zeal at several occasions earned her top leadership role while serving in several choir one of which was the Rhema Mass Choir Ogbomoso during her university days.

Tohyeen’s music ministry was officially commissioned in January 2007. She is known for her unbeatable chase for God’s presence and passion to make God’s glory evident in the place of worship. Her voice resounds and brings healing to the broken-hearts and restoration to the lost.
She was a musical coordinator and lead soloist in Rhema Chapel International Churches Ibadan and Ogbomoso. She was also a strong member of Kingdom Tabernacle choir. During her university days she was part of the coordinators of the regular annual concert tagged Shekinah Glory (2 &3) with over 4,000 worshippers in attendance.

Oluwatoyin is currently serving as part of the notable choir of the House on the Rock Church, called the Rock Cathedral Gospel Choir. She has been on several occasions a background vocalist for Notable artists Such as Onos Ariyo, Eno Michaels, Sammie Okposo, Segun Obe, Nikky Laoye and friends.