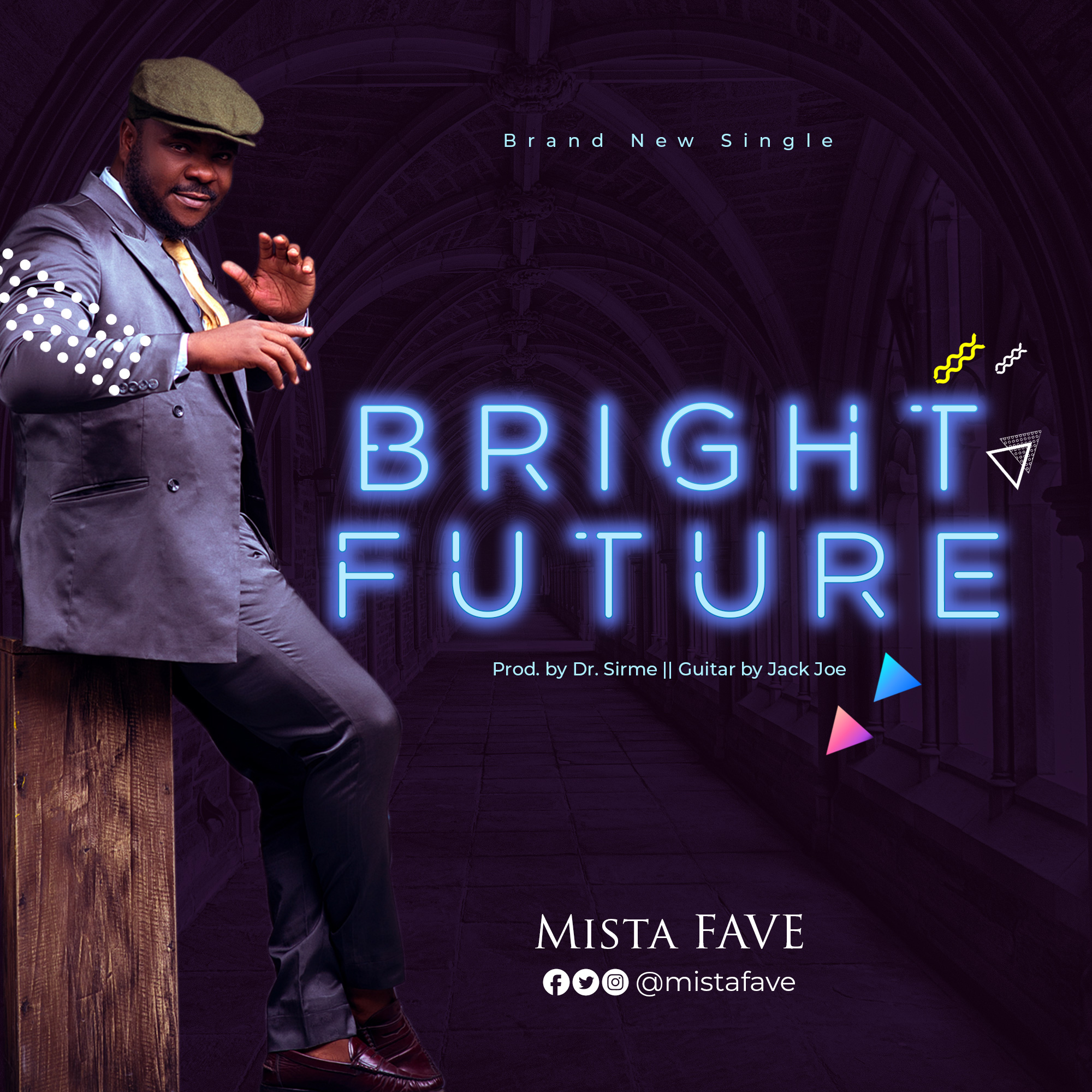 The return of Mista Fave with Bright Future is a build up to more great songs set to follow. Mista Fave have previously released songs like Nara Ekele, that gained positive reviews, airplay across different platforms.

“Looking at where i am coming from, i get inspired daily that it can only get better. I am using this medium to encourage you to hold fast and keep doing You. I am very hopeful that the message in this song will encourage someone to keep on pressing, and there is light at the end of the tunnel”. – Mista Fave

ABOUT
Mista fave started singing early at his home church and ventured professionally into music in the year 2015 When he released his debut single titled Ekele, with an accompanying professional video the following year.

He has also released songs like “Fix Me”, and “Narakele”; both has blessed lives tremendously. He is the creative director at Fave Graphics and Multimedia – one of the leading firms in Graphics design, videography and gospel blogging.