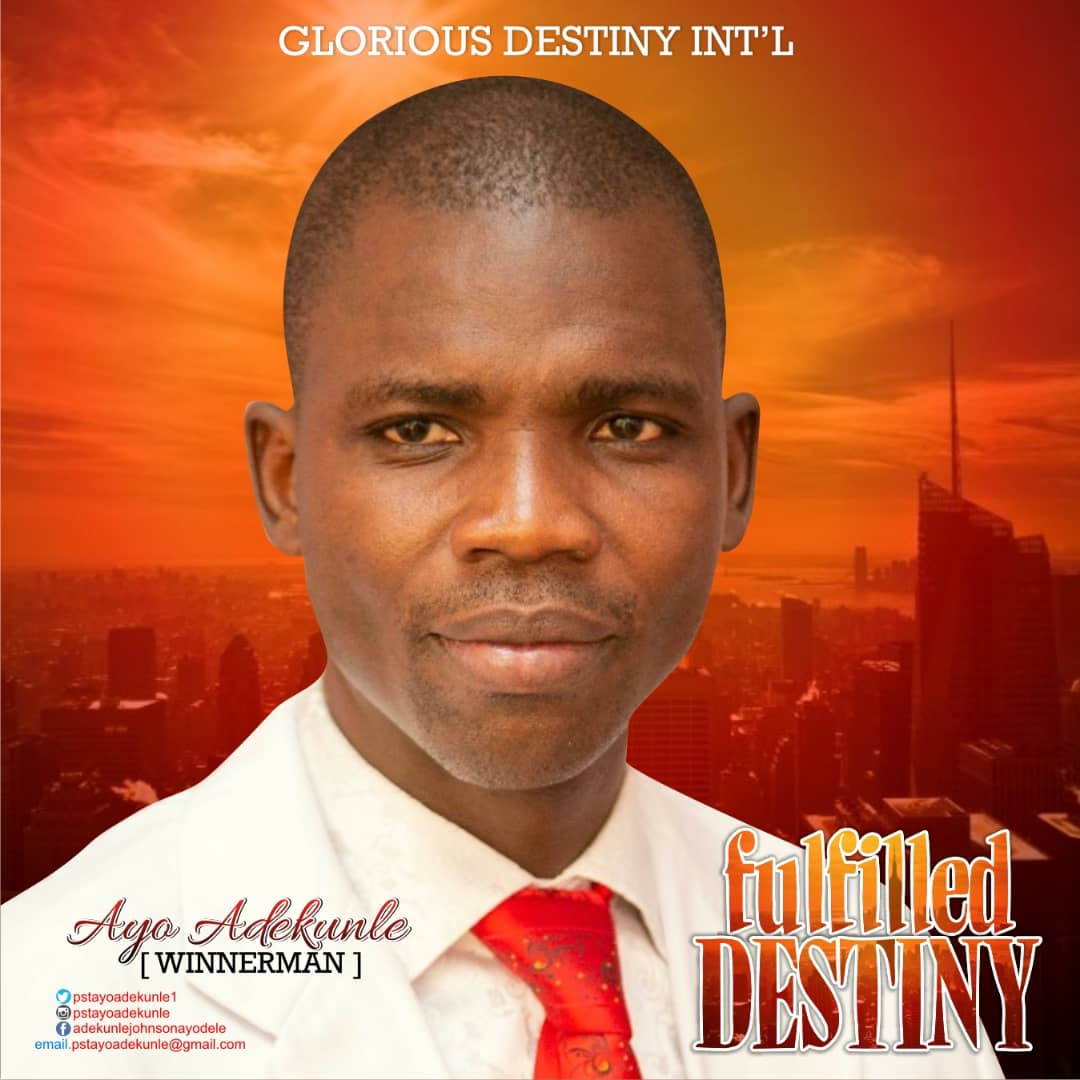 Ayodele Adekunle often referred to as ‘Winnerman’ is out with a new album titled MY DREAM. To launch the album, he is releasing a single off the album called “Fulfilled Destiny”.

Other tracks off this album include; “Show Me Your Will For My Life”, “Hebrew Women”, “I Praise You Lord”, My Dream and From Glory To Glory”.

He is a full-time Pastor in World Mission Agency of Living Faith Church Worldwide, under the leadership of Bishop David Oyedepo.

He is married to Deaconess Roseline Ijeoma Eze-Adekunle; who stands as a strong support to him in ministry. They have both pastored several congregations with proofs of God’s grace upon their lives.

His strong passion is fully expressed as he ministers tirelessly both in words and in songs; to the youth, pregnant women, expectant mothers with other testimonies that brought many destinies from the refuse ground to the palace.