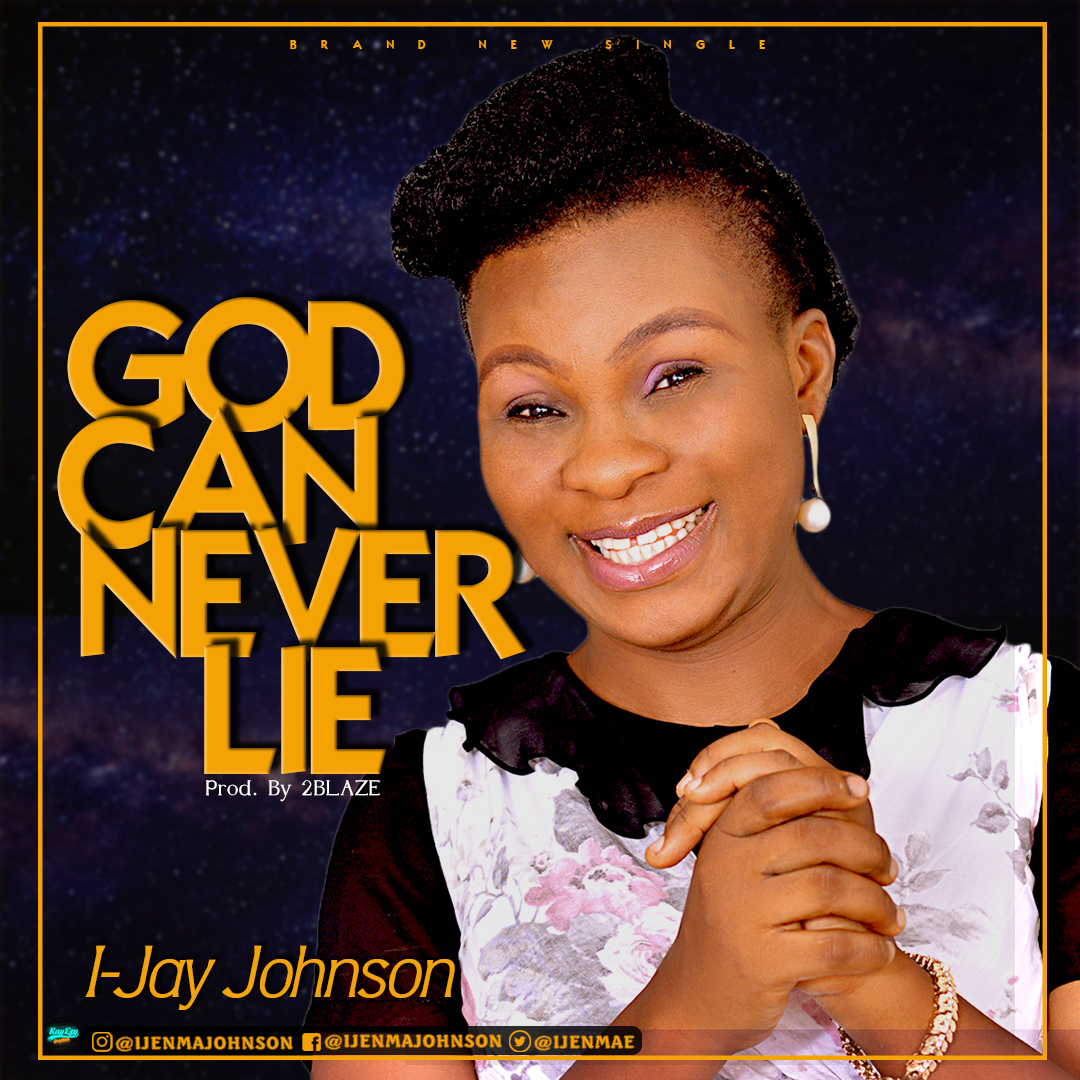 Born into the family of a Clergy in the early 80’s, she was exposed to singing and playing of musical instruments, the flute particularly. She has been a member of different church choirs and youth singing groups. I-Jay Johnson is known for her passion and commitment in music, she began to write songs in 2007 but has now taken the path of writing to release the songs to God’s glory and the benefit of humanity.

The song, “God Can Never Lie”  was born out of a personal experience of God keeping to His promises in her life, marriage and other aspects of life.

She hopes to inspire hope, encouragement and assurance in the faithfulness of God.

She holds a BSc degree in Food Science And Technology. She is married and blessed with beautiful children.

The song is produced by Abuja Ace producer 2blaze and promises to top your playlist.