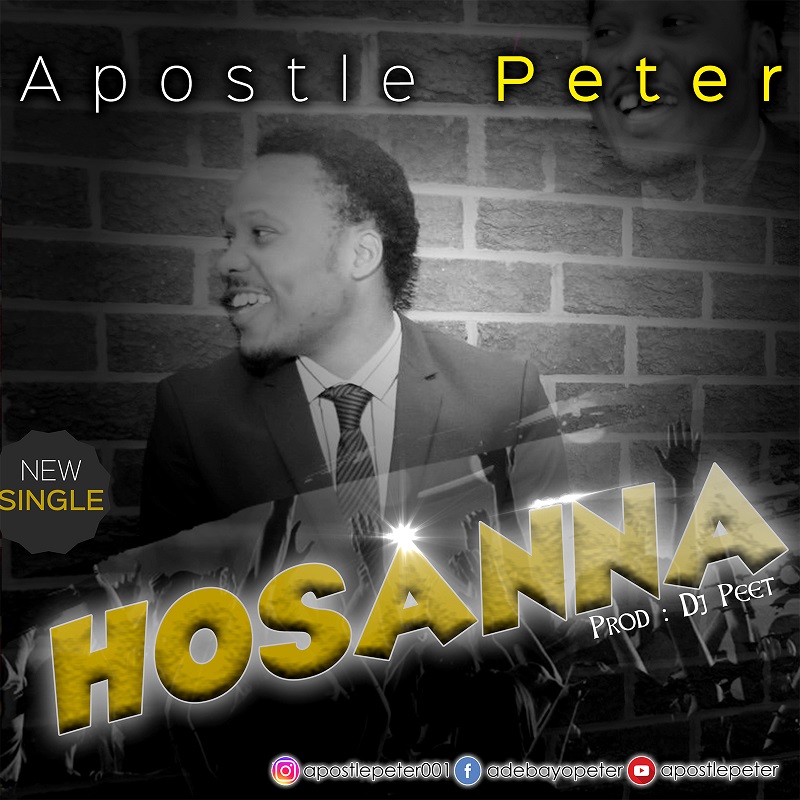 Apostle Peter received this new song – ‘Hosanna’ while meditating through the book of Mark 11:9. ‘Hosanna’ refers to God as the Saviour, just as Proverbs 18:10 says; “The Name of the Lord is a Strong Tower: the righteous man runneth into it and is safe.”

Render in English and Yoruba languages, the song is full of praises to God, declaring Him worthy of every ounce of glory and adoration. What a wonderful way to be reminded of our eternal assignment, singing Hosanna to God in the highest with pleasures forever more.

ABOUT
Born into muslim family that later received Jesus Christ in the early 90s, Adebayo Peter (professionally known as Apostle Peter) grew up to learn about praising the name of God and he became of lover of Christ Jesus. Now, he is a Gospel music recording artiste, band leader, songwriter, composer, performing artiste based in South Africa.