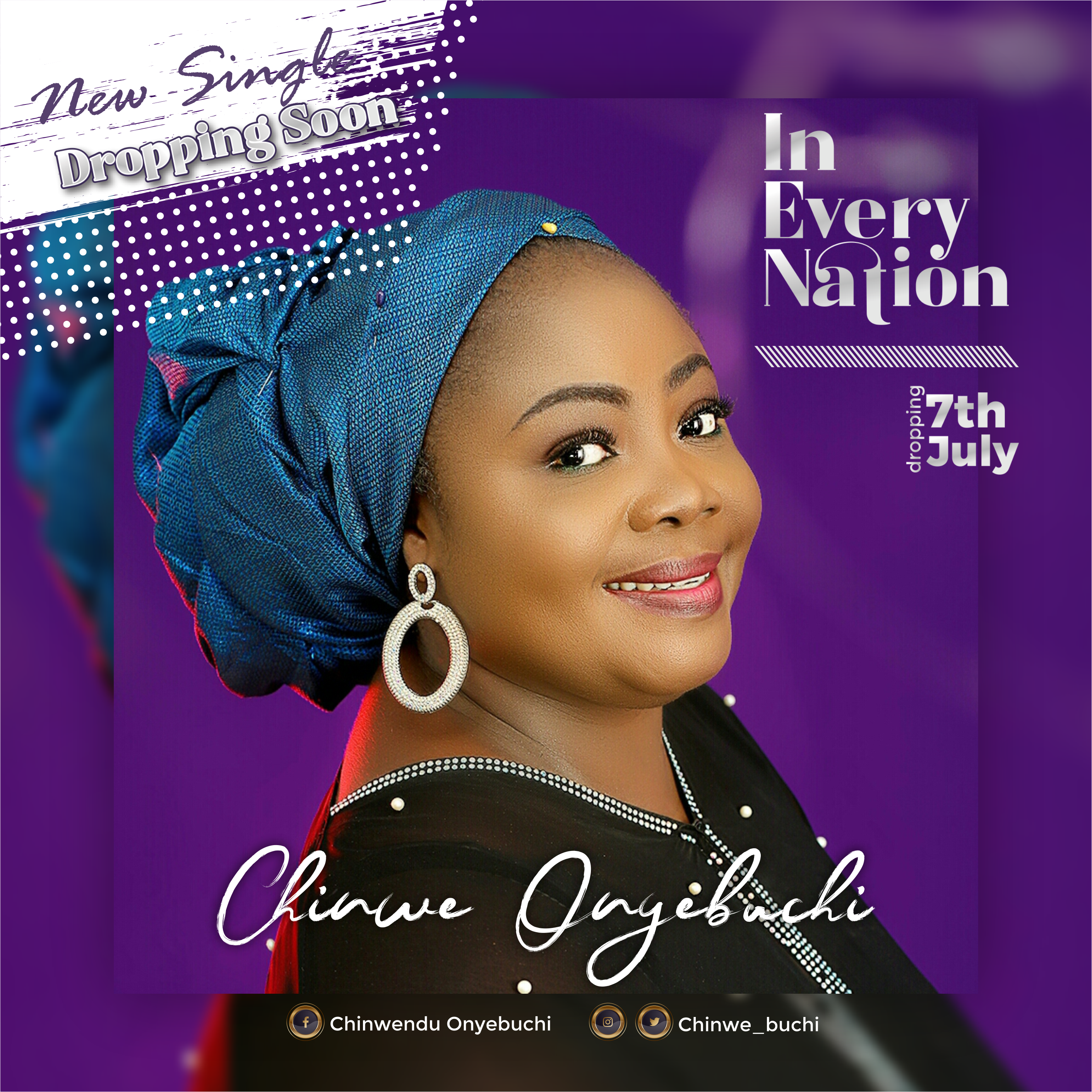 This song reassures God’s unrivalled dominance and control over the lives and well-being of his people; even amid all the uncertainties and crises affecting the world, especially in this year 2020.

Chinwendu has been out of the music scene for over a decade since her debut album “Amarachukwu”, which was released in 2010. The song featured Afy Douglas and was produced by King Busky. The “Amarachukwu” album was an 8-track album that touched souls and enabled people to truly encounter God’s touch; as it was inspired by her survival from an accident that put her on crutches for a year and almost cost her her life.

“My inspiration for the song “In Every Nation” came after listening to a Nigerian US-based medical doctor (Michael Igwe) on a live video singing a song, God put in his mouth while praying on that fateful morning.

The song was borne when Mike asked God if he should continue working with the corona virus-infected patients with so much panic and threats on the lives of medical practitioners; but God reassured Dr Michael with a song from Isaiah 41 vs 10; “Fear thou not for I am with you, I will help you,…”, and that ministration broke me and brought me to tears. So I made a quick decision to do the song as God had given it to me years back amongst many others. All to His glory.” – Chinwendu