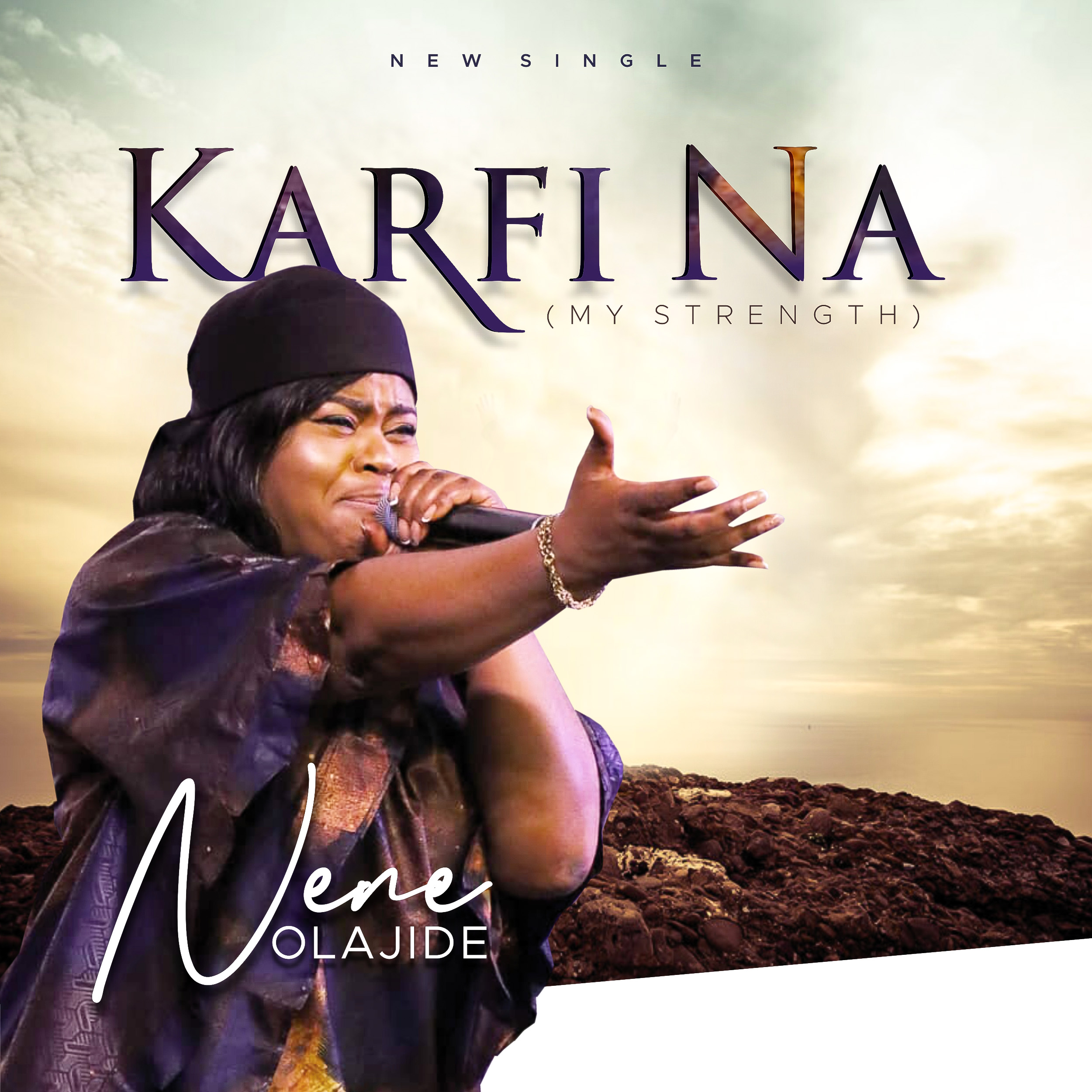 Nene Olajide, a veteran music singer, songwriter, and minister who has overtime sacrificed space, time, resources, and energy to recreate in a magnificent way- the northern sound of gospel music, the crooner of the popular ‘Komai Na Naka Ne’ has now blessed the world with a new sound of hope. A song that chronicles the affairs that have befallen the middle belt and some parts of northern Nigeria from whence she grew. This new sound she titled “Karfi Na” (My strength) was produced by the famous professional producer Don Adah.

And if there is a pill that all the victims of war, rejection, attacks, and all the plight that surrounded the land need now, then it is a song like this. A song that declares the ultimatum of God’s sovereignty, power and might over all ills and others else.

here, the believer is sure to have the authority and the go-ahead to use this power as possessive, thereby enjoying the bliss that comes with it. The entire middle belt, the entire north, and the country of Nigeria received this mighty sound “Karfi Na” (My Strength).