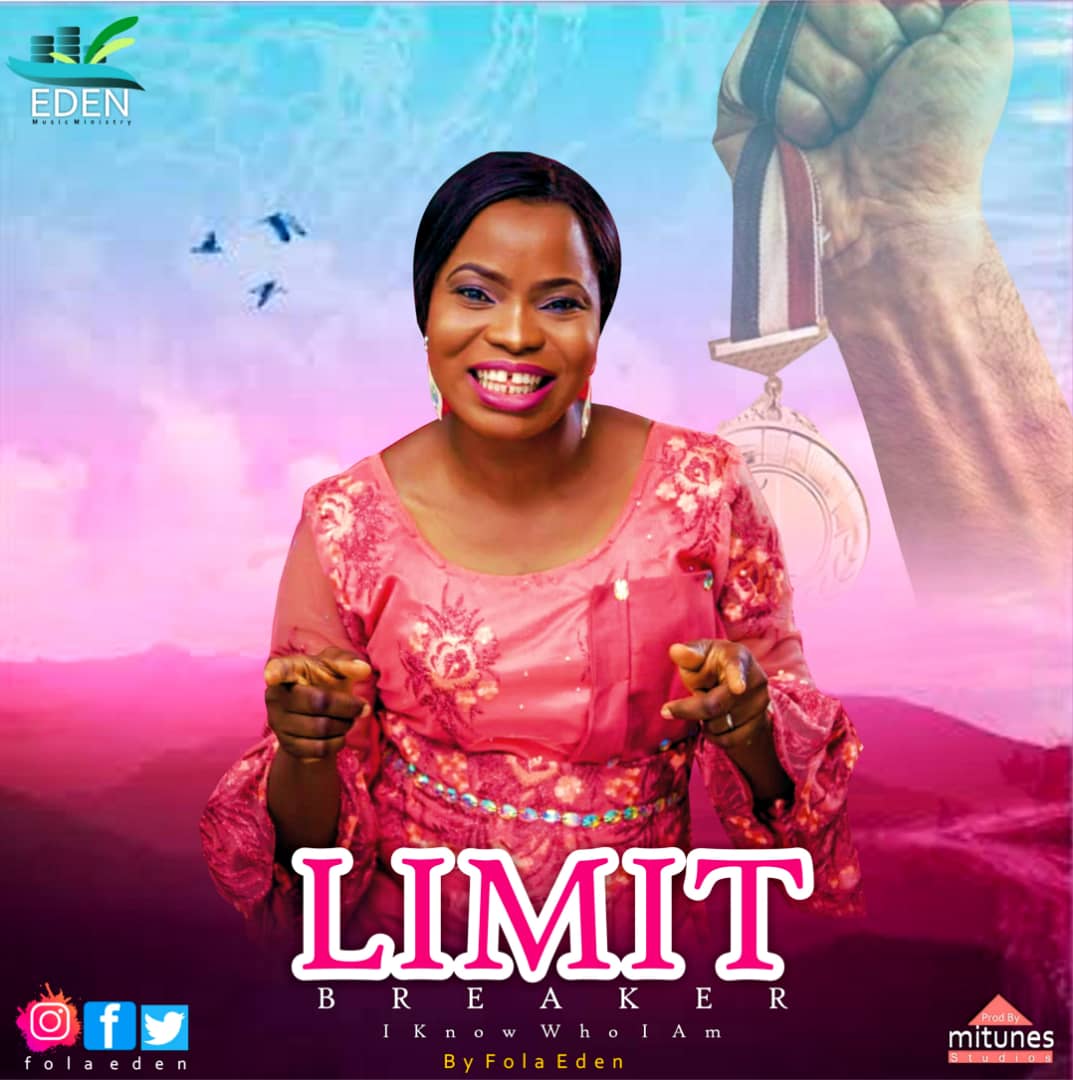 “In a season where headlines tend to elicit fear in the hearts of many, the “Limit Breaker” from the stables of Minister Fola Eden, takes listeners on a journey to the realm of new creation realities; a song for such a time as this.

We’re reminded of our identity in Christ and the authority we wield as citizens of the kingdom of God, sons of the King and Ambassadors on the earth like The Father; we say it and we see it.

This song is indeed timely and loaded with faith-filled words; set to upbeat music and joyful sounds. This is truly a vaccine against fear and worry.” – Fola Eden

ABOUT
Adefolawe Eden Ayansina popularly known as Fola Eden is a co-creator, an author, songwriter, recording artiste and a multipreneur.

Fola is a graduate of Linguists who started singing professionally in 2001 at Osogbo, Osun State. She is privileged to have ministered in songs with many other music ministers, both local and international.

To her credits are “Ibi giga” and “Impossibility Specialist”, among many of her songs.