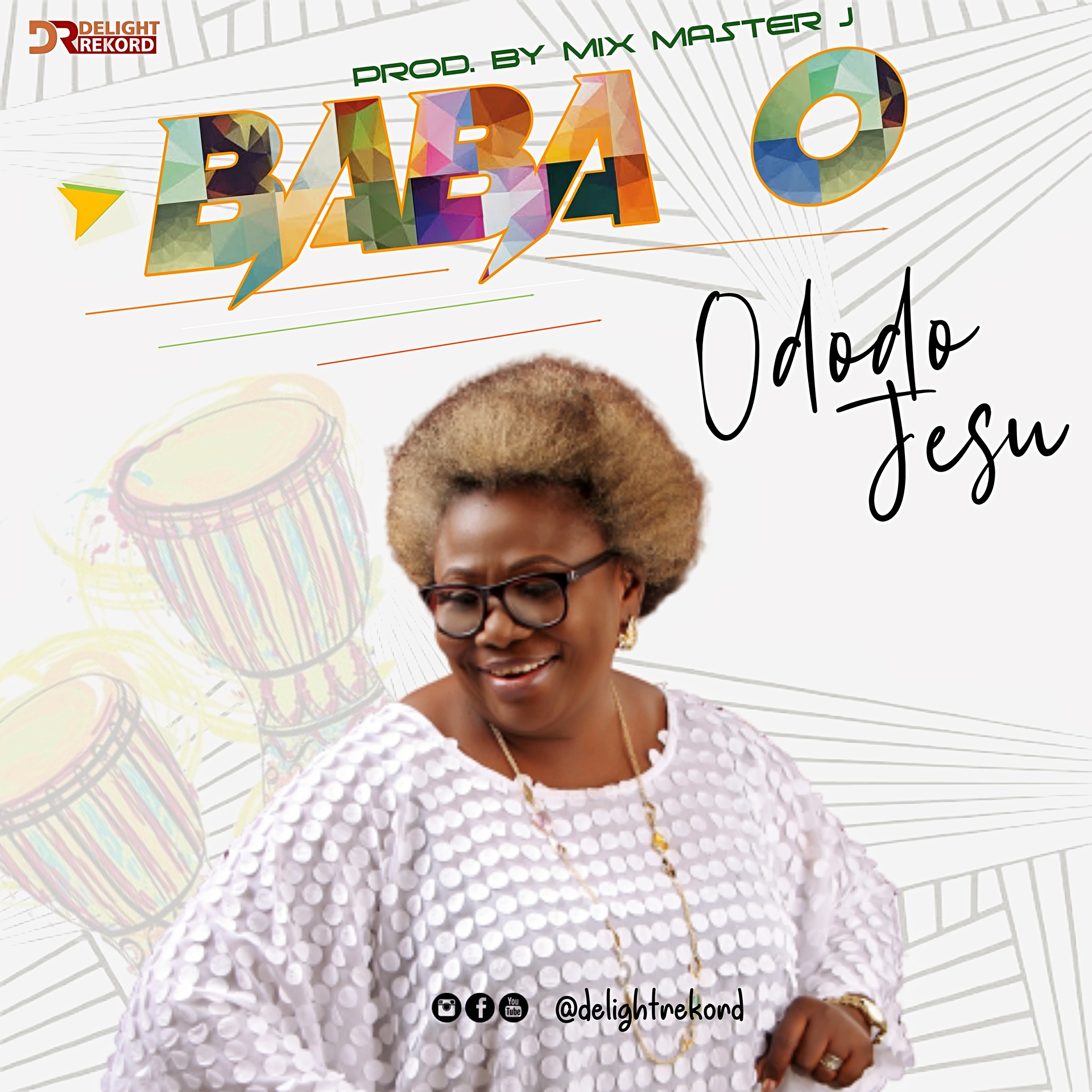 Praise and Worship singer – Ododo Jesu recently called on to glory after battling a brief illness. She, however, did not leave without a parting message for the world, a single titled “Baba O”; an overwhelming blaze of praise unto the Most High God as she transitioned into eternity.

The single titled “Baba O”, is an oratorical Eulogy. She combines a form of Yoruba poetry called ‘Ewi’ with Traditional Folk music. Ododo Jesu pours out her heart in praise to God on this single and stirs the very essence for which man was created – to praise and glorify God – as she takes her final bow from this side of eternity.

It is so surreal that her final words on “Baba O” is ‘Kabiesi o’ which is translated ‘Hail the King’, as her voice faded into eternity.

Ododo Jesu was a Singer, Journalist, Broadcaster, Actress and a Yoruba language translator. Writing music began as a hubby for her at a tender age, growing up in a family where every child was part of the choir. After she got born again in 1981, she began to channel her music writing skills towards ministry.

She passed on to glory at 9:45am on Easter Sunday of the year 2020, at Ayinke Hospital, Ikeja, Lagos.