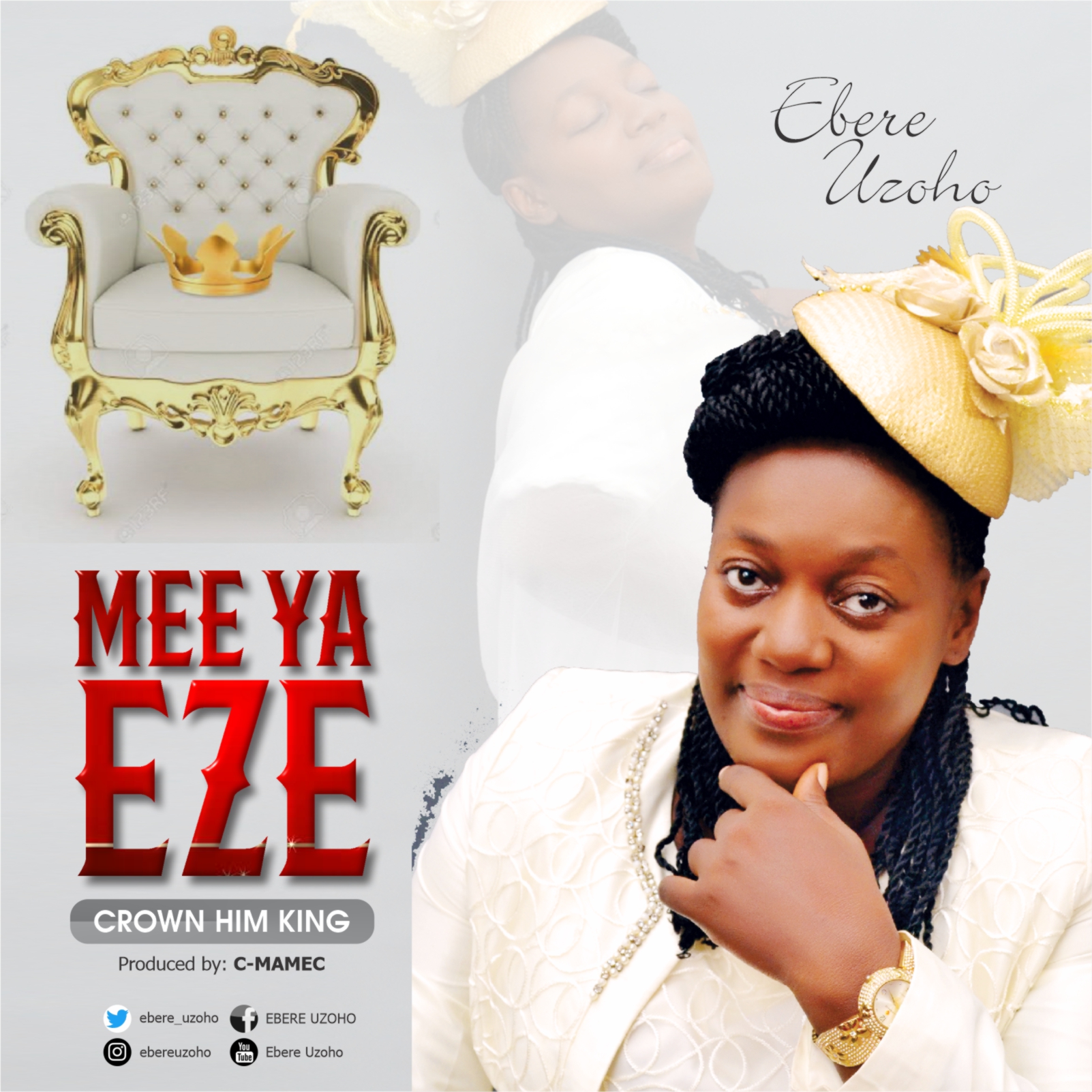 Ebere Uzoho returns with the release of her latest single titled “Mee Ya Eze”, which translated to English means “Crown Him King”.

The new single is a follow-up to her previously released singles, “Follow Me Praise the Lord”, & “Hallelujah, Hosanna”. This new worship single has the singer paying reverence, honour, and glory to Jehovah – the King and master of the universe.

Ebere Uzoho is a graduate of Business Administration from Lagos State University, Ojo, Lagos State. She also has a Post Graduate Diploma in Education (PGDE) from the same university.

She is also an ordained minister in the Redeemed Christian Church of God, where she serves both as a chorister and a preacher.