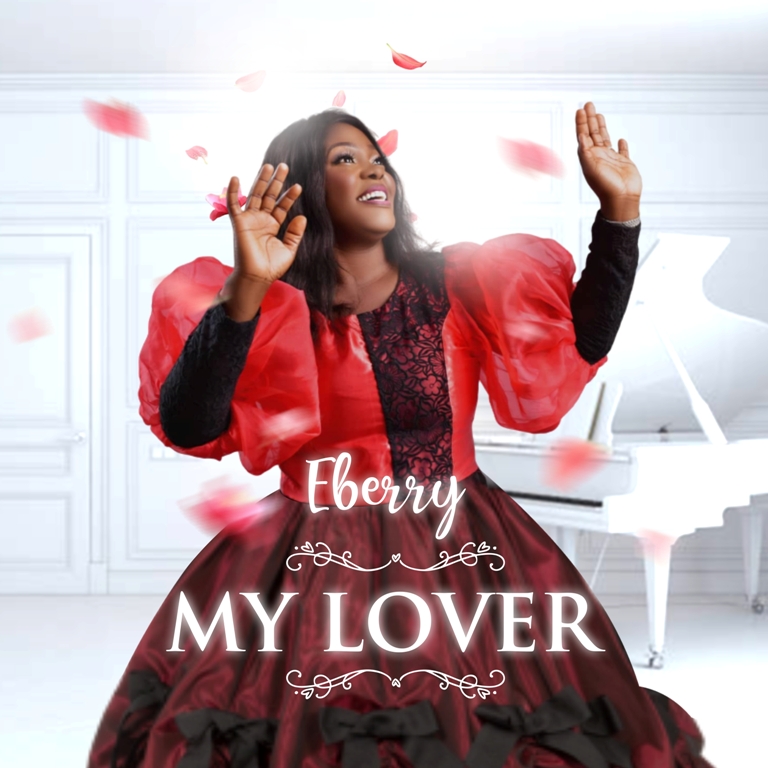 In a life full of uncertainties and chaos, it is obvious that a fresh outpouring of the Holy Spirit in His fullness is needed, to equip us with the strength that we need in these last days.

God wants to raise giants who will reveal Him to mankind, but first He wants men and women who will have a relationship with Him.

The new single by Eberry titled – “My Lover” is one of such songs that will make you fall in love with the Holy Ghost again; inspired by Songs of Solomon 1:4 MSG.

”The Holy Spirit is seen as a lover to elope with, to celebrate with and to sing with. One in whom your heart is secure with. He will not break your heart.”

ABOUT
Ebere EBerry Akalonu is a singer and song writer, born September 12 1985 in Abuja, Nigeria where she started singing in her local church choir at the age of 12. She was inspired to start singing professionally by her late elder brother whom she would later join in Jos, Plateau state where she was one of the backup singers of his musical group. In Jos she also obtained a Diploma in Mass Communication from the University of Jos.

After her brother’s tragic demise, she moved back to Abuja in 2004 and started work at the Nnamdi Azikiwe Airport VIP lounge. In Abuja she was also backing up for most artistes at various studios.

In 2009 she moved to Owerri to further her education at the Imo State University Owerri, where she obtained a Bachelors degree in Mass Communication in 2012.

She started out immediately to pursue a career in broadcasting and worked as an On-Air Personality with Hot FM 99.5 Owerri until 2019 when she left to pursue her music passion.

Since then she has been ministering on several platforms like The National Youth Summit Rally Night (Owerri 2019) organized by the Golden Heart Foundation and The Sound of Victory Concerts and many other platforms. She has shared the same stage with the likes of Tim Godfrey, Chioma Jesus, Frank Edwards, Mercy Chinwo, Prosper Ochimana, Preye Odede, Osinachi Nwachukwu, Toniel Avo, Adesoji Joseph and a host of other music ministers.

She is currently the music director of Dominion City Owerri, a worship minister with the Dominion City Music team and a member of the Fellowship of Gospel Music Ministers of Nigeria (FOGMMON) Owerri chapter.

She has released two singles in 2020;

1. ‘Hallelujah’ (Live) on April 12 2020 (Easter Sunday) ~ Co-written and composed with Chucks Peters and recorded live at the Tongues of Fire Concert

A wife and a mother of one, Eberry is a worship minister whose music strongly reflects her belief in Jesus and wants to lead people to know and fall in love with the personality of the Holy Spirit.