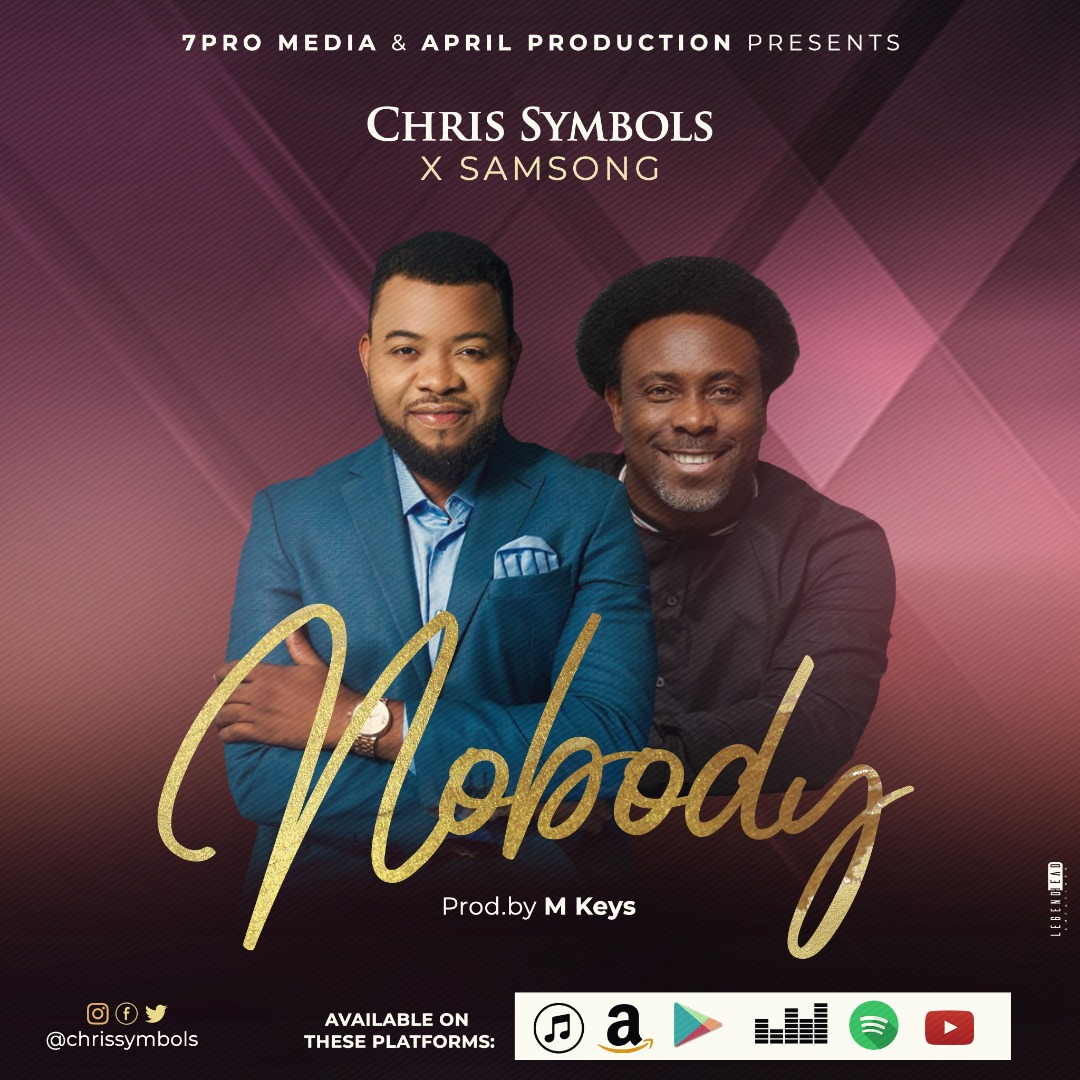 The song “Nobody” is coming at a time where there is so much confusion, many trading their faith for fear. Nobody just as it’s titled, is a groovy praise song that extols God as the highest.

The song is a fusion of lyrics from his local language Esan, Igbo and English language. The new single features one of Nigeria’s leading vocal powerhouse and award winning singer – Samsong.

If you are looking for a sound to reckon with at a moment like this, gladly ‘Nobody’ is the song for you.

Chris Symbols recently signed a management deal with 7Pro Media & Communications owners of naijagospelbeats.com. Nobody is off series of songs that will be released this year and other plans for the growing artiste.