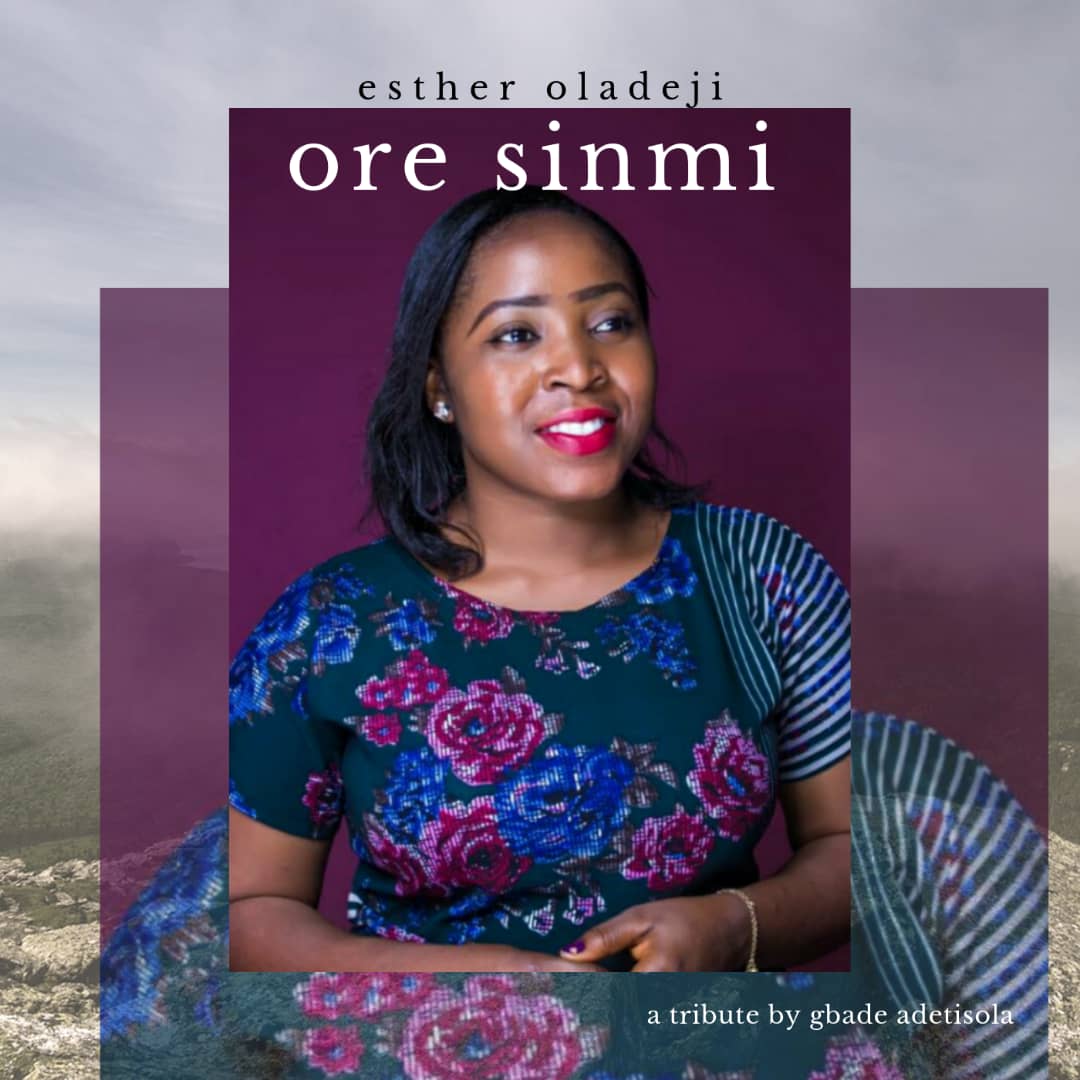 Gospel music minister – Esther Oladeji just released a new song titled “Ore Sinmi” which is a tribute to Gbade of God and was produced by Klinmix Studio.

Esther was born in April 4,1990 into the family of the Oladejis at Sango Baptist Church, Ota, she attended Unique International School, Sango-Ota, she did her SSCE in Orile Agege Community School, Agege, Lagos.

She later proceeded to The Polytechnic Ibadan in 2007 where she got her ND in Music Tech and later continued her education in 2013 to bag a Degree in Music at Obafemi Awolowo University, Ile Ife.

During her stay in Ibadan she joined the ministry of Pst Gbade Ogunlana (Paito Wa) Bible City Church and served the Lord faithfully, she later later helped in building the music ministry of Christan Wisdom Center, led by Pst Enoch Durotoye.

She works as studio back up artist for many studios like the Klinmix Studio, she also sang with Shola Allyson as a background vocalist in many of her appearances. She joined the famous Pianist Seun Owoaje on his musical works such as The Joy Of Music, and worked closely with late Dr. Chris Ayodele, where she had her last .

She passed on after an accident few days to her Youth Service on 13th July 2018. She was a very strong and amiable person. This is her final work recorded with Gbade Adetisola, it was still at the demo stage when it was recorded. But her voice and texts is yet filled with hope and encouragement. Listen and share with others.

[VIDEO] “Here to Give You Praise” – Rhose Avwomakpa