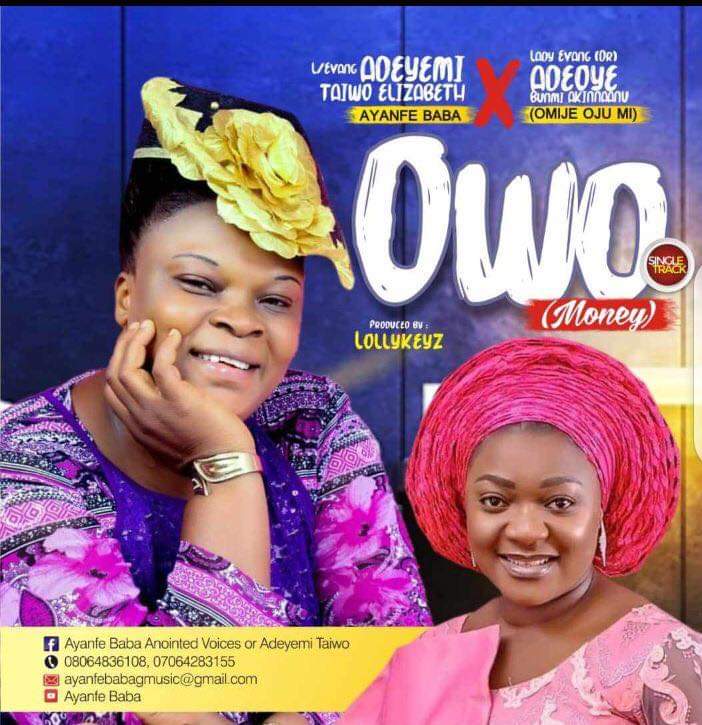 “God created man in abundance and gave man the best; and the Devil bamboozled and brought curse to man. Hence for a living, man was to survive through hard labour. Money is indispensable and can not be underestimated in the journey of life, every categories of life needed money. Ecclesiastes 10:19 says; ‘A feast is made for laughter and wine maketh merry but money answereth all things’. Oh Lord, make money my friend. Money, Owo, Kudi, Ego (Dollars, Euro, Pounds, Naira) come and dwell with me.

“God gave us instruction to celebrate His faithfulness every October, and we adhere to it. That’s why we do the annual concert in October; and it has recorded huge testimonies.” – Evang. Adeyemi

A graduate of Business Administration from Federal Polytechnic Offa in 2004.

She launched her band “Ara Olorun Gospel Singers” in 1998 at Ede; and married to gospel minister – Evang Adeyemi Sunday Joy in 2007. The duo agreed to have a band “Anointed Voices Gospel Singers”, launched in 2008.

She got her inspiration through the leading of Holy Spirit, from the Bible and God do minister to her anytime, the main reason why Evang Adeyemi don’t always joke with voice record phone.

By the grace of God she will be launching three(3) albums on 26th April, 2020 in Osogbo by 12 pm at C.A.C Winners District Behind Jaye Filling Station Osogbo. Glory be to God for using me as vessel unto His honor.