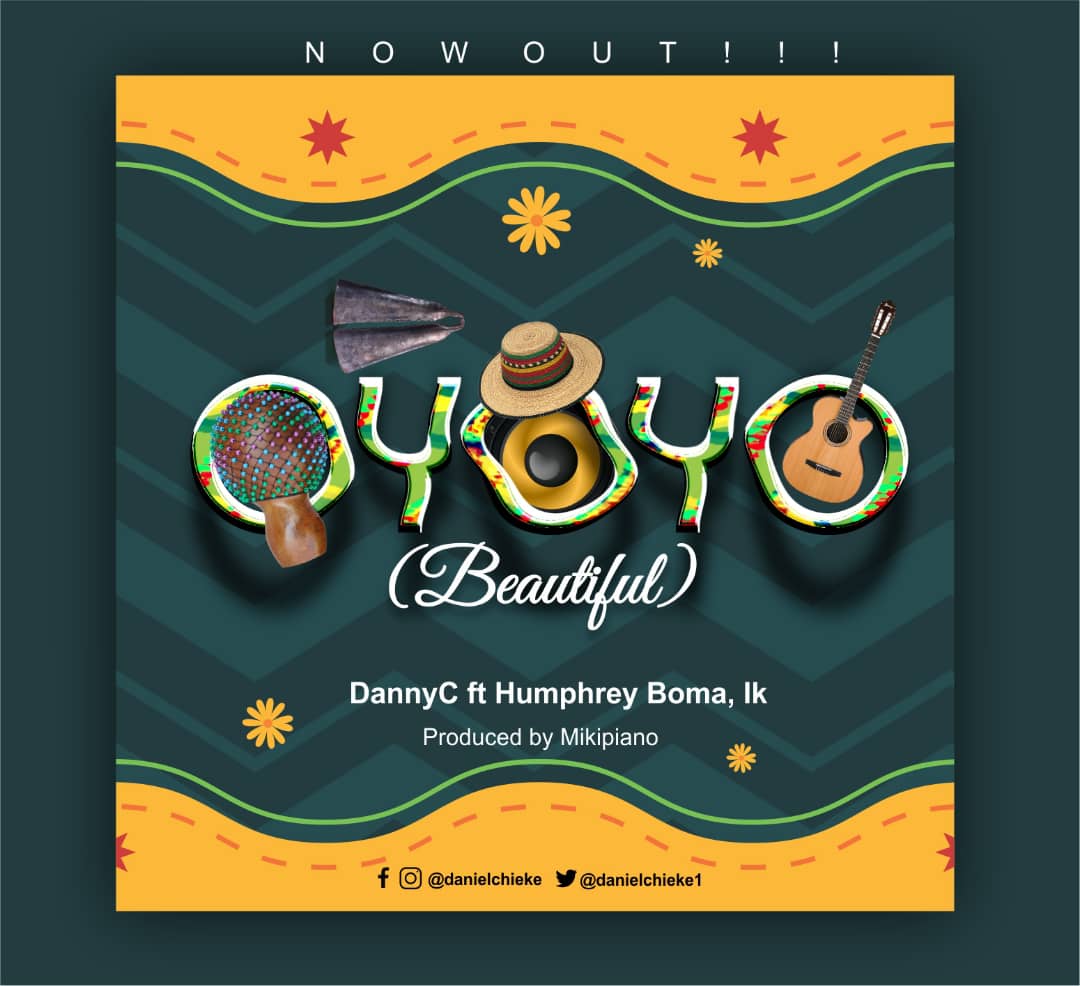 From the crooner of “Bia Nmonso”, “The Name” and other Heart mending songs, produced by the music living legend – Ambassador Wole Oni; DannyC returns with a new native blend titled – ‘Oyoyo’ which translates to ‘Beautiful’.

And with the intention to interpret the message even better, the single features Humphrey Boma, and Ik.

“Oyoyo is the highest word anyone in the native Igbo dialect; that can be used to describe an awesome and extremely beautiful personality, when words fail.”

“It’s a native love song to our indescribable God, which as well declares His awesomeness and describes who He really is.” – DannyC

DannyC holds a Bachelor’s degree in Project Management from the Federal University of Technology; he currently works as an intern, artiste, producer and a background vocal singer at WOMP (Wole Oni Music Production).