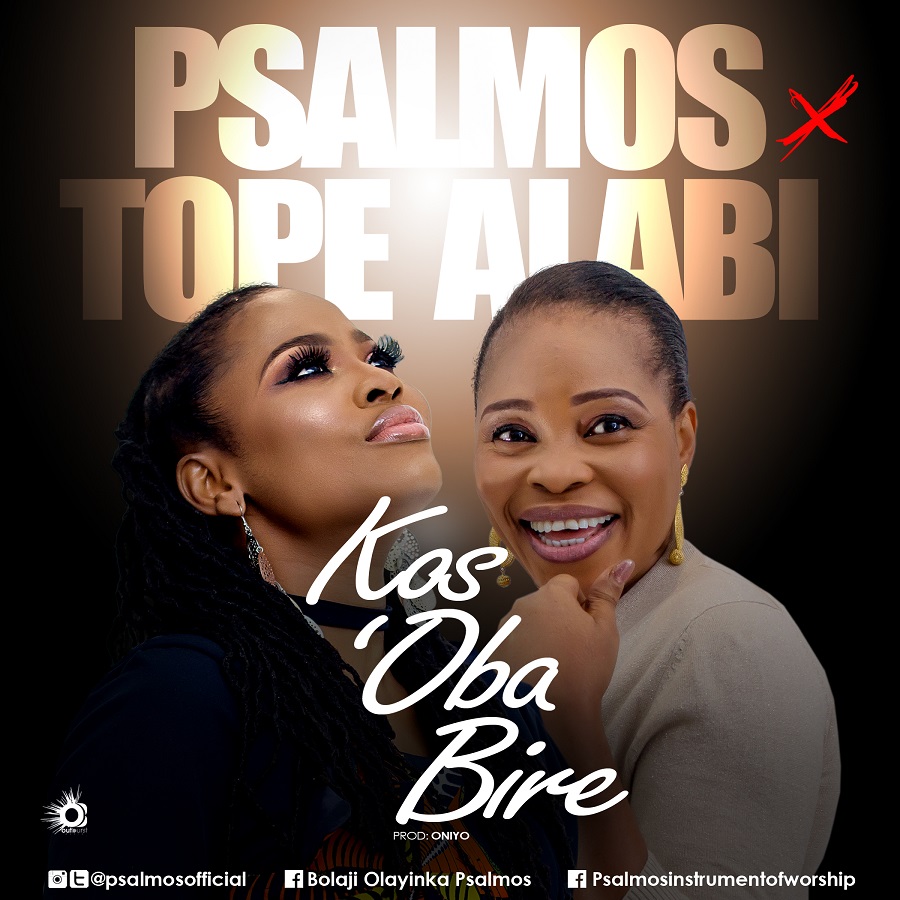 Sensational minstrel and vocal powerhouse, Psalmos is out with a brand new single titled “Kos’Oba Bi Re” which means “There’s No King like You” and she features veteran Nigerian gospel songstress, Tope Alabi.

Serving as their second collaborative effort after “Jesu Joba”, the duo delivers yet another beautiful song as they offer deep praise to God on this melodious mid-tempo produced by Dekunle Oniyo – CEO Talking Beatz.

Laced with the essence of African percussion, “Kos’Oba Bi Re” is a song of praise-worship that appreciates God Almighty for the things He has done and declares Him as the Supreme King. The song was sang in Yoruba and English Language.

ABOUT
Mobolaji Olayinka popularly known as Psalmos (instrument of worship), has passion for music and love for the gospel of Christ, which has led to the composing of inspiration, worship, and praise songs over the years.

Psalmos was nominated for the 2012 AGMA award in London and Scepter award in 2012. Her recordings include hit tracks such as “Orin tun tun”, “Big God”, “Jesu Joba”, and more.

[ARTICLE] “The Next Move for The Church” by Aguma Chima Koke