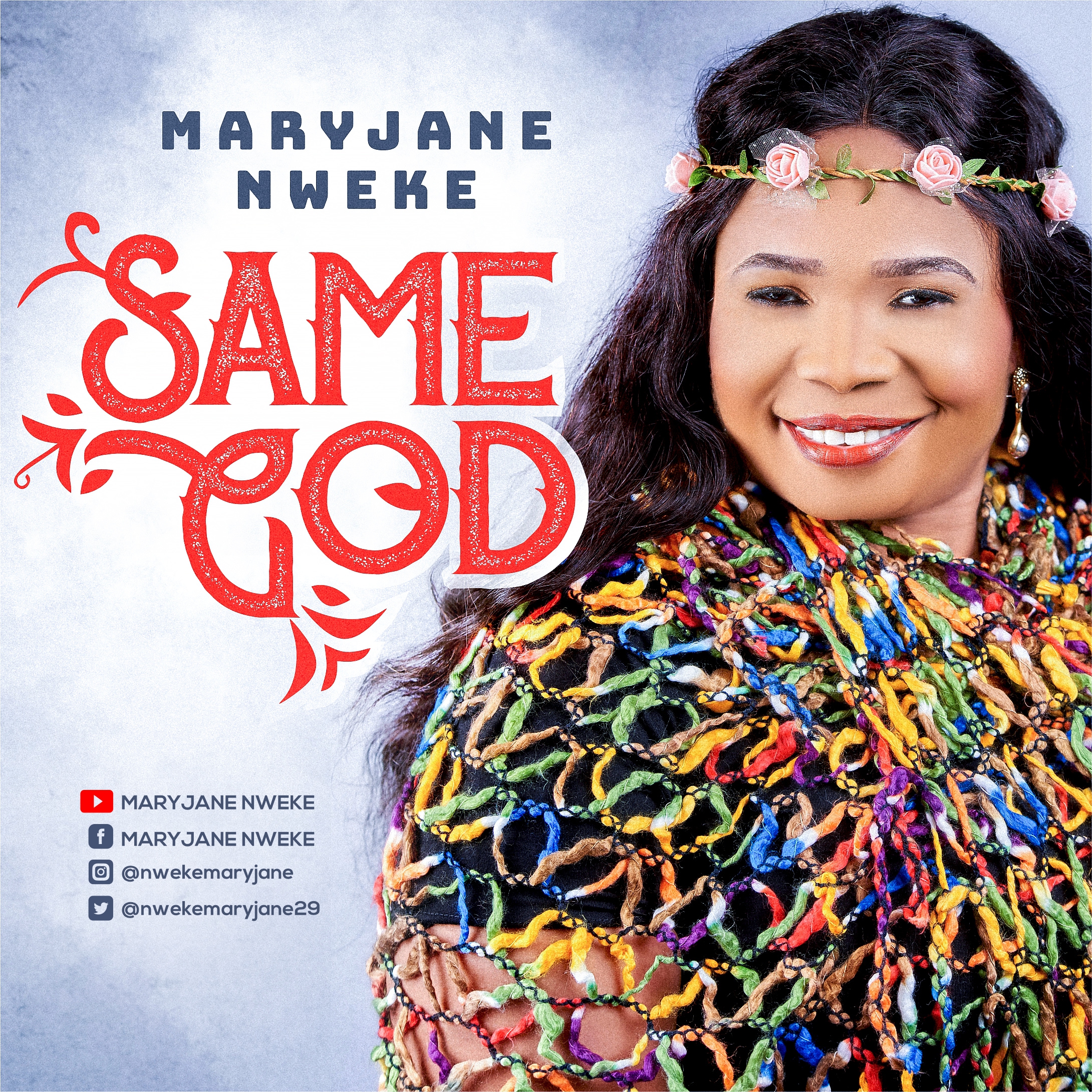 The single which is a follow up of her previous musical work titled “Doer of Good Things” which got international recognition and enjoyed heavy rotation on different airwaves around the world paved the way for the artist to get invitations for ministries at several events.

Maryjane has also recorded a lot of musical collaborations with many notable Nigerian musicians such as Buchi, African Trumpet, Mista Push, and Mercy Chinwo.

“Whatever happens in life, know that God can not change; rather he changes situations. He is that SAME GOD of Abraham, Issac, and Jacob. He is that SAME GOD of the 3 Hebrew boys. SAME GOD of Sarah, Hannah, and Elizabeth. So many people are living testimonies of His powers, yours won’t be different, As he called out. LAZARUS, he is calling you out today, Same God.” – Maryjane Nweke

“Same God” is a song for every season of your life, it is a must-listen.
Download, stream, and share.

ABOUT
The anointed gospel minister is currently working on two new songs titled “Joy Giver” which features Min. Godwin Omeghali A.K.A Winner Man (a South African-based gospel artiste) and another worship song titled “Supernatural” which is billed to be released in early 2022.

Maryjane is set to embark on a foreign playing tour that includes South Africa before the end of this year. Maryjane is set to take the gospel music world by storm with her golden voice. Watch out for download links on this space.