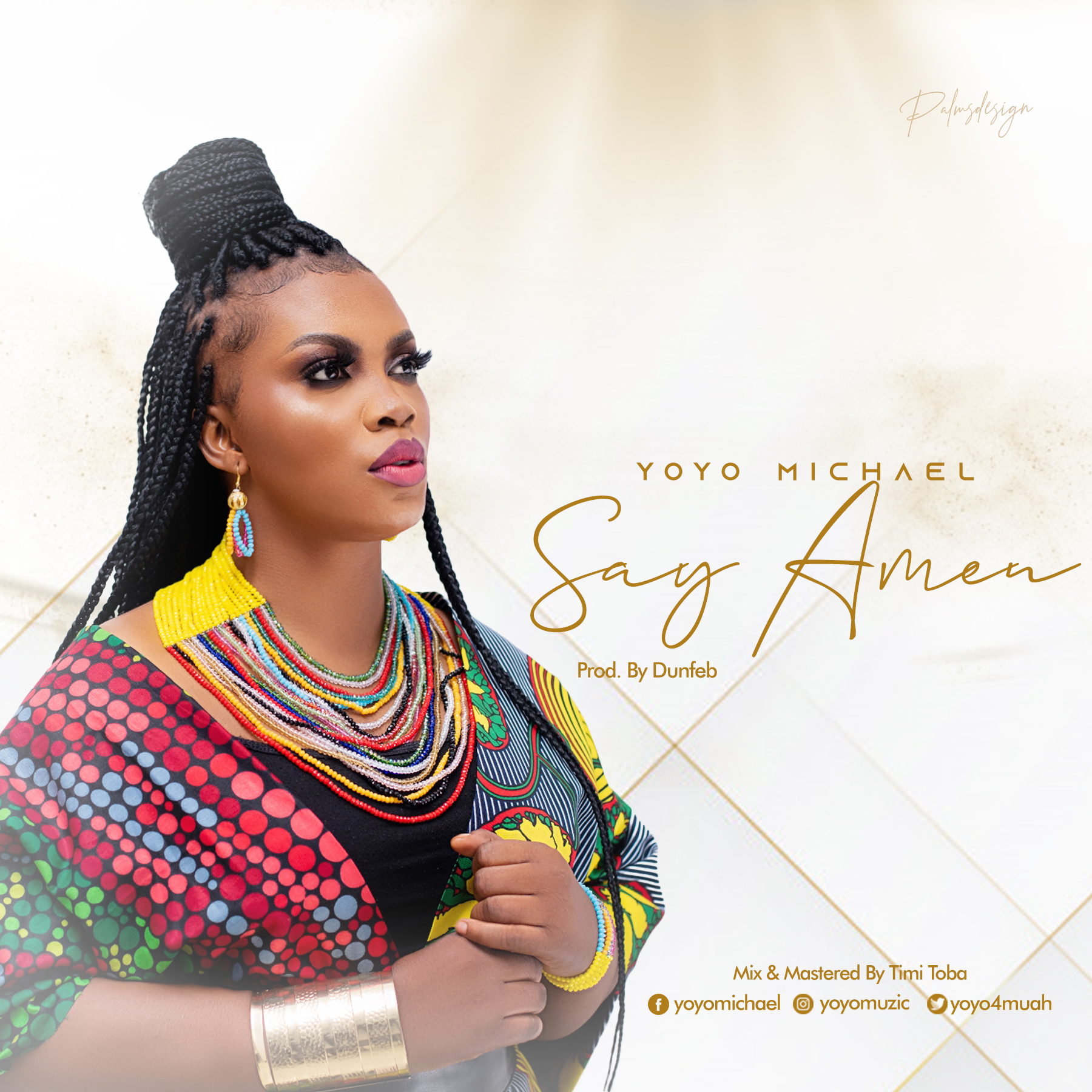 Award-winning Gospel sensation and energetic singer, song-writer – Yoyo Michael releases a new single titled “Say Amen”; a prophetic declaration of the blessings and expectations that are needed to go through the year in a grand style.

The song is for all seasons and it’s prayers encompass all aspects of one’s life.

Yoyo has released several hits like “Amen”, “Osiwi”, “Thank You”, “Ekun Ayo” and the just-released single – ‘Say Amen’; which is a follow-up from “Ekun Ayo”. This goes further to proclaim God’s blessing on us as we go through the year.

Hope this new single blesses you.