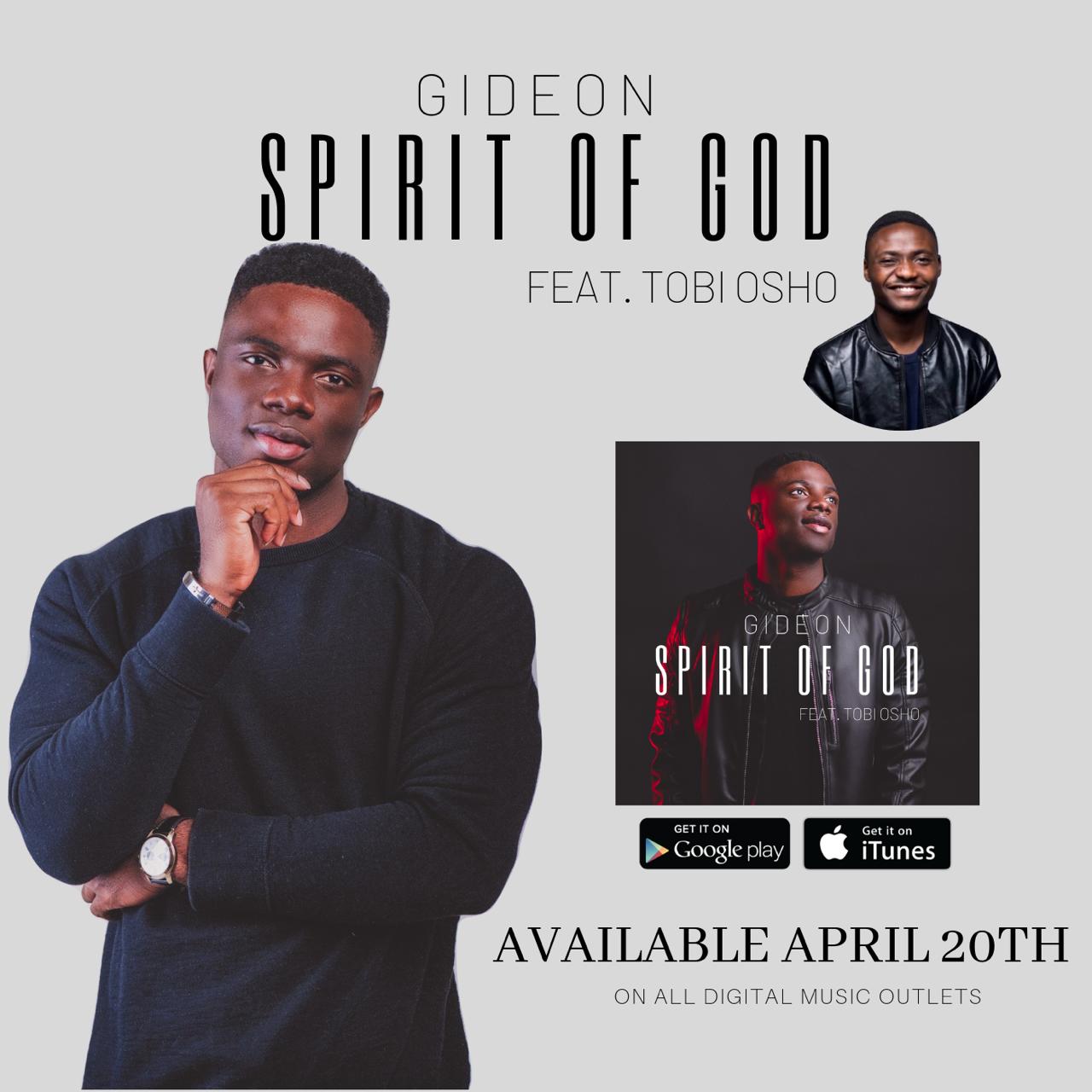 This is going to be Gideon’s first single and he emphasised on how it has been an honour recording this song with Tobi Osho.

“Spirit of God” is a testament to the promise of God over his children and this generation in a whole. With so much chaos going on this season, the body of Christ has to be assured that the spirit of God is enough to bring forth liberty, freedom and ultimately, peace to the world!

ABOUT
Gideon is a believer of the gospel of Christ and had dedicated his gifts to serving God and preaching the gospel. He was born in Ogun State, Nigeria and later migrated to the United States of America.

He has been known to have worked with some renowned gospel artist over the years and has recently decided to release his first single while anticipating the new light God is about to shine through his music.