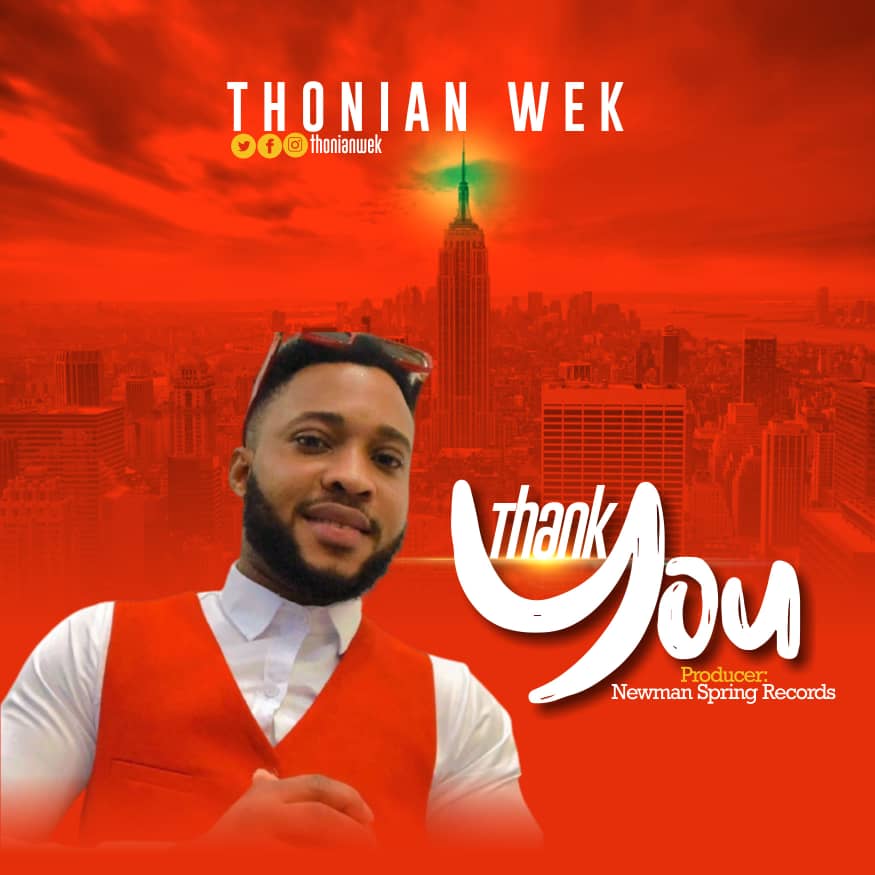 While “Take Your Place” is still in circulation and garnering positive reception across platforms, Thonian Wek drops a new single titled “Thank You”; off his forthcoming debut album – “Jesus My Pedigree”.

The Nigerian-born Malaysian-based Gospel music recording artist has been hard at work as he wraps up plans for the release of his debut album and Thank You arrives in time to amplify anticipation before his first body of work drops in a couple of weeks.

“Thank You” is a Christian Pop song with the theme of thanksgiving. The song is dedicated to God’s mercies and favour. Thonian Wek sings about God’s goodness and mercies. How He helped him in his lowly state and took him from the gutters to the palace.

“God has been everything to me and my brother. No one gave us a chance but God came through for us and has always been with us.” – Thonian

The song “Thank You” is written and composed by Thonian Wek while frequent collaborator Newman Spring Records gets production credits. We also anticipate Thonian’s debut album – “Jesus My Pedigree” before the end of January.