Dr Tj Unveils Tracklist for the Album – “Sounds of Victory” 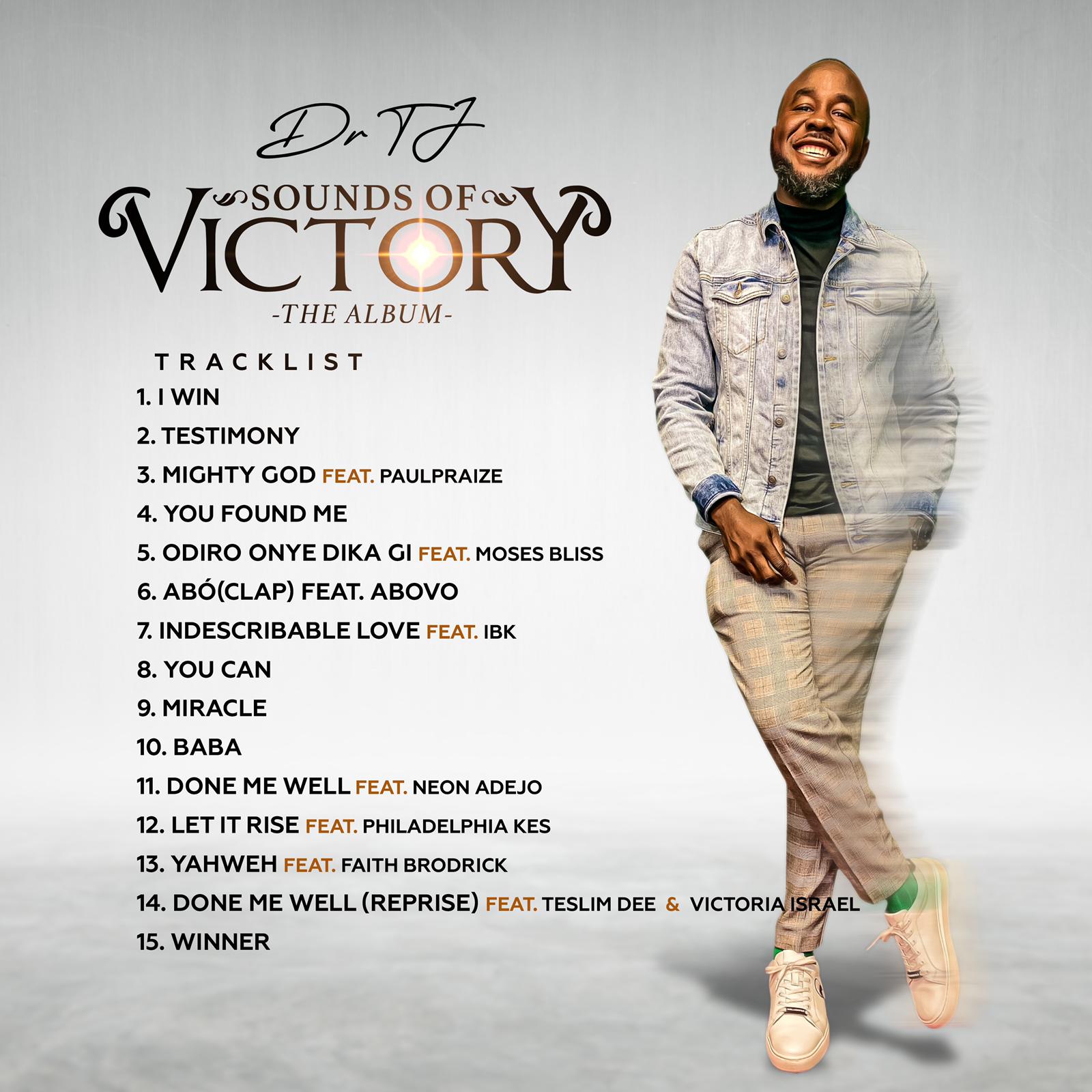 US based Medical Doctor and recording artiste, Dr Tj unveils tracklist for his debut album titled “Sounds of Victory”; set to drop this December.

Dr Tj made this known on social media informing his fans about the new project. The album has previously released singles like “You Found Me”, “Baba”, Testimony”, and “Let it Rise”.

“It’s very obvious the world all over has experienced a shake that has changed the tide and how people relate regardless of the uncertainties that have beclouded the world we are rising with a shout in ‘Sounds of Victory'”. – Dr Tj

“Sounds of Victory” comprises of inspired songs to help us build an intimacy with God; expressing love and sing of his uncountable blessings.

All tracks were produced by Joewyte except “Odiro Onye Dika Gi”, co-produced by John Onofe. The project was mastered by three mix engineers; Musicmagnate, SokayMix, and Frost Magnetic.

[ALBUM] GUC Releases The Much Anticipated Album – “The Message”
[EVENT] Prepare for The Experience 15 – The Global Edition | 11th Dec. 2020
%d bloggers like this: