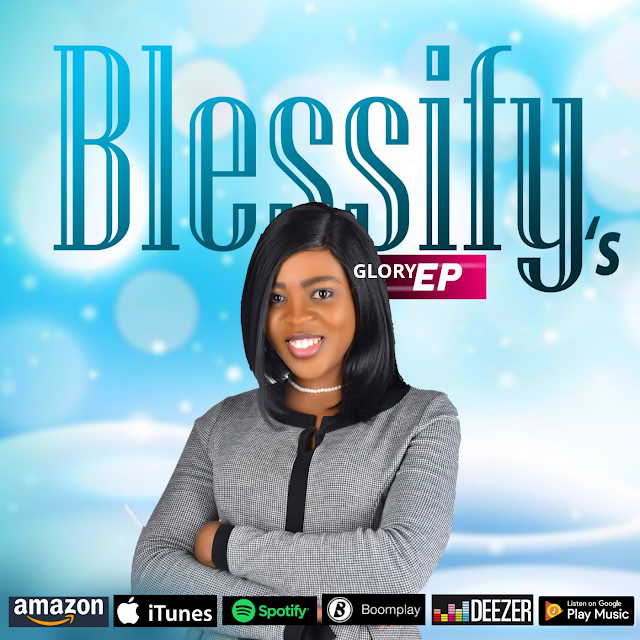 With a vision to minister God’s word through music and to reconcile souls back to God, Blessify is on to blaze the trail again with her debut EP titled ‘Glory’, to bless and launch God’s people into a greater realm of God’s glory.

It’s a 6 tracker EP has on it amazing songs such as “Take it”, which is there to boost the faith and inspire that God fixes whatever it is that could be a challenge if you trust In Him.

“Stand Out” reinforces the awareness of who a Christian is and the ability God has placed in us to step out of the crowd,display the virtues of the one who has called us out of darkness into His light and reach for nothing but the best! Also she has “He deserves” a quality song of praise and thanksgiving and so much more.

It’s her prayer that you are inspired by these songs as much as she was inspired to write the lyrics.