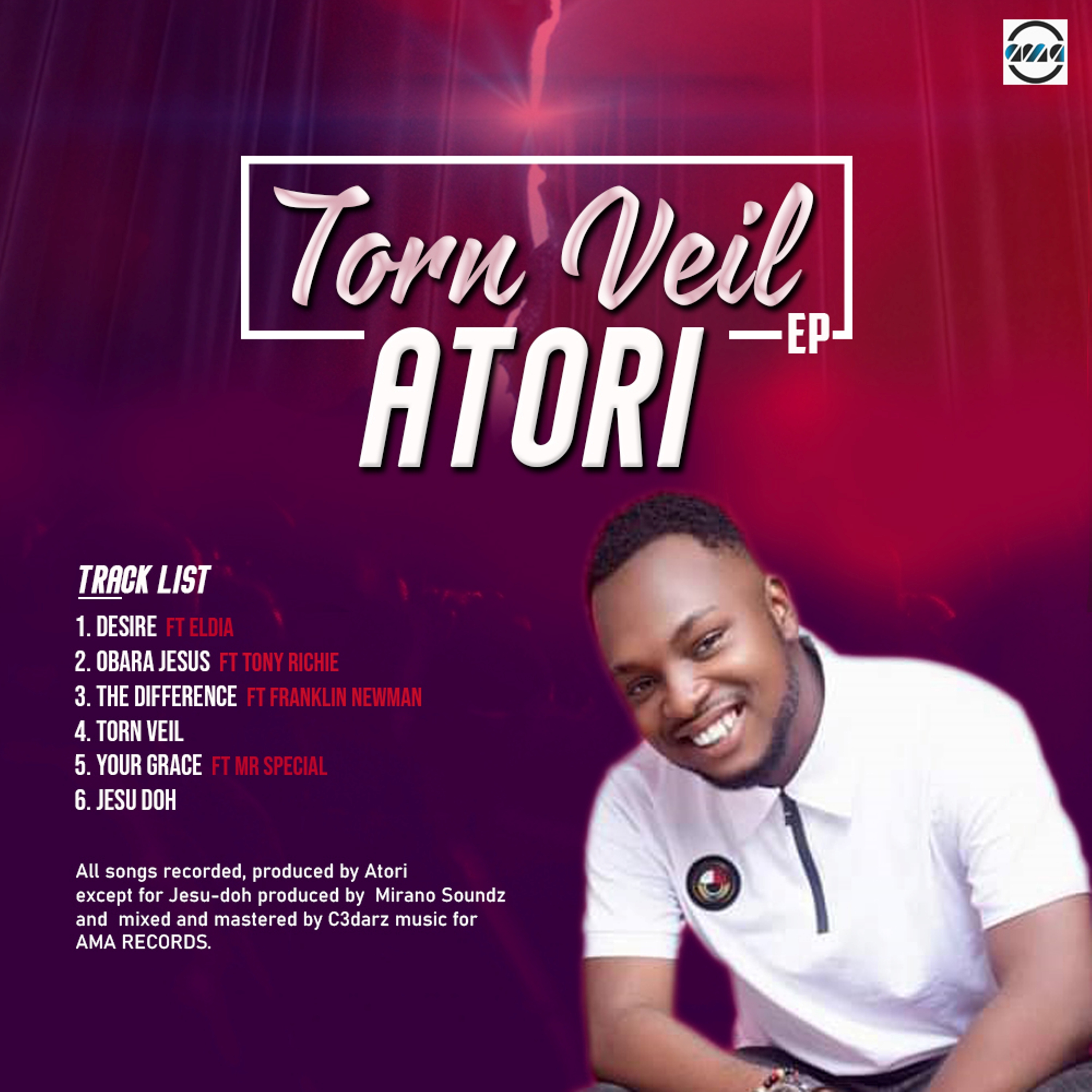 Blessing Atori Eguono just known as Atori, has decided to respond to his fans’ expectation for his Extended Play – “Torn Veil” which he finally released. The AMA Records Artiste, Singer and Producer drop the body of work of his 6-tracks EP titled “Torn Veil”; it featured talented artiste within and outside the country.

The 6-Track EP is packed with soul-lifting and inspiring songs to gear his fans up to praise God. The songs were inspired by the Holy Spirit and it features other talented artistes such as Eldia, Tony Richie, Mr. Special and Namibian Christian Hip Hop Artiste, Franklin Newman.

“Torn Veil” features two out of his previously released song “Jesu Doh” and “Obara Jesus” which were all hugely streamed and accepted by his fans. Other songs from the said EP includes “Desire” featuring Eldia, “The Difference” featuring Franklin Newman, “Your Grace” by Mr. Special and Torn Veil.

Atroi has made the Track 4 (Torn Veil) off the EP available for free download while the full work can be streamed/downloaded on all known digital stores.