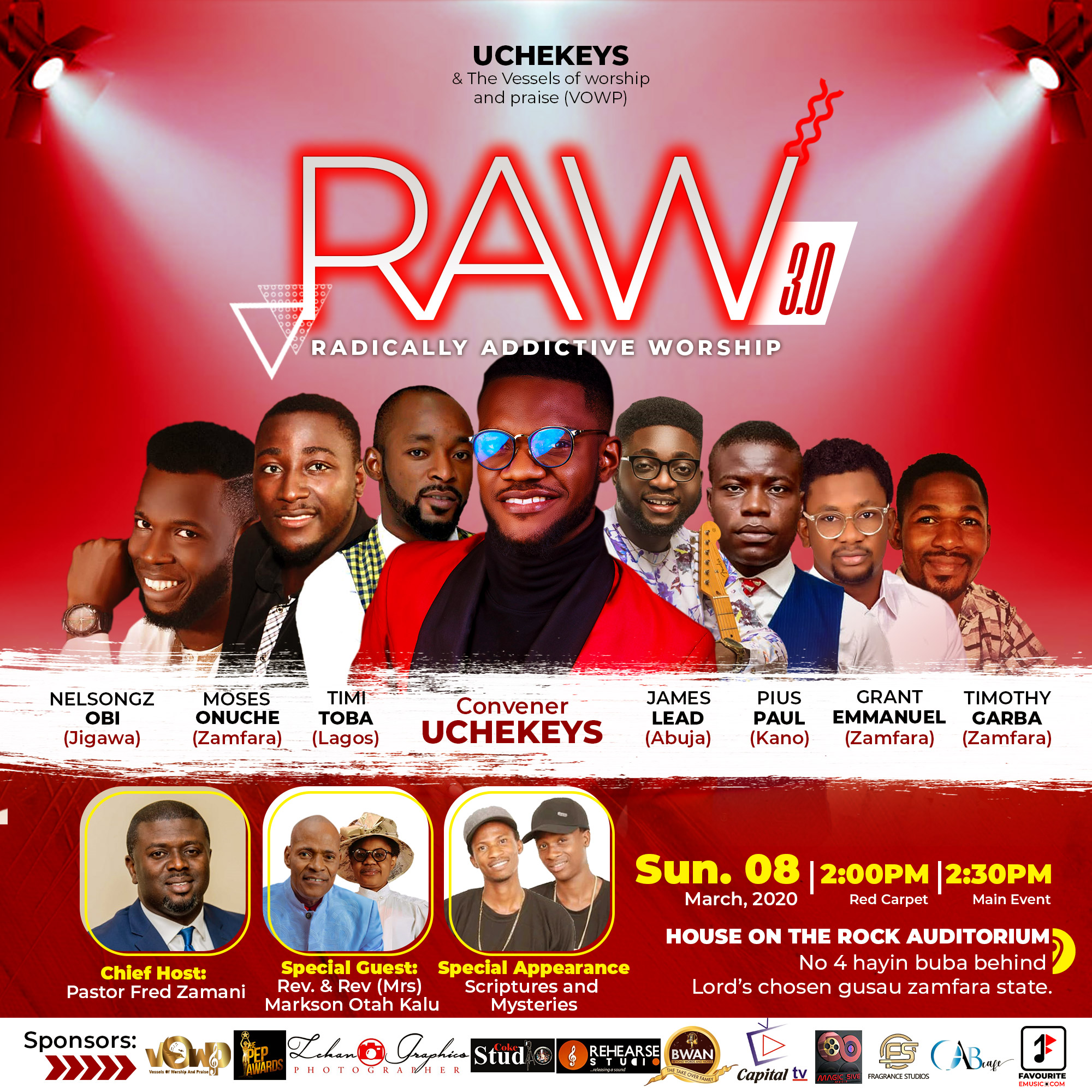 Radically addictive worship (RAW) is an annual gospel music concert held in Nigeria, which began in year 2018 and hosted by Uche Markson also known as Uchekeys.

The first concert had an attendance of over 1,200 people; featured music ministers from different states across the country. RAW is recognised as one of Kano’s largest gospel music event, known for event with people for one voice, one sound, on one altar to one God; there by raising an army whose only aim is to see that Jesus name is glorified. RAW is WAR; as attendees fondly say.

This time, UcheKeys in conjunction with his newly found music group, The Vessels of Worship and Praise, host the third edition of RAW at Zamfara State, Nigeria.

He started his music career in 2007; and the founder and leader of a music team called The Vessels of Worship and Praise, based in Zamfara state.

In his words; “Raw is a music concert divinely orchestrated by God, to raise true worshippers”.