How God blocked me from going into politics – Methodist Church Bishop 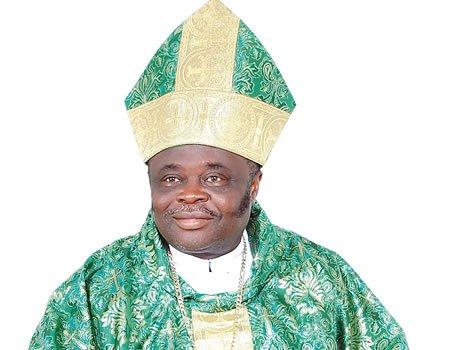 Right Reverend Dr David Ademola Moronfoluwa Moradeyo, in this interview by YEMISI AOFOLAJU, says his election as a bishop by the Conference of Bishops of Methodist Church Nigeria was as a result of his obedience to God’s call to service. He also spoke on why Nigeria needs God-fearing leaders, among other issues.
Can you describe your upbringing?

I appreciate God, who is the maker of heaven and earth, and my creator. I would say that my upbringing was rough because I will liken where I was born to a manger. I lost my beautiful mother when I was in the primary school, with nothing to live on. I was going from one house to another to take breakfast, not knowing where my lunch and dinner would come from. I had no one to take care of me. It was very hard for me to pass through secondary school education, because my father could not pay my school fees. I am a miracle; my achievements in life have been miracle.
How were you able to surmount the challenges as an orphan?

After the demise of my mother, she left seven of us and six of my brothers were taken to our mother’s relatives, leaving me in our grandfather’s house in Elekuro. In fact, for more than 15 years, we could not come together as a family; so I remained a real poor boy.

After my secondary school education, my father’s friend, who was a member of the Ibadan Progressive Union was a Principal Chief Executive Officer at the Ministry of Establishment and Training, he assisted me in getting employed as a clerical officer at the ministry. I did not touch my salary for two years. I got admitted to a university in India. I lived in India on friends and connections. It was one of my Indian friends, called Michael, who took me to his house as I was accepted by his parents and they were responsible for my feeding till I graduated, except my school fees.

Nigerian students bailed me out as they taxed themselves to settle all my outstanding bills. After graduating, I was in India for another three months in the hostel alone, waiting for a return ticket. It was a bad experience then anyway. With the help of some of my brothers, I was able to return to Nigeria. In India then, I went to two schools; between 8.00 a.m  and 1.00 p.m was for my Engineering pursuit and from 3.00 p.m to 9.00 p.m at the seminary. I came back, with two degrees in Theology and Engineering.
Were you called or you went to seminary because you wanted to make maximum use of your time in India?

My name says it all. I’m David Ademola Moronfoluwa Moradeyo, a child dedicated to serve God. I thought it was a normal thing, but I later realised that my decisions were driven by the Holy Spirit from childhood. I didn’t know how I found myself in the seminary in India. I found myself having passion for mission work; I enjoyed India because they called me ‘David of Africa’.

Even as a teacher back home, I pastored a church. Though I was asked to regularise my pastoral training through a year adaptation with Methodism, but I refused and resorted to marking time. I pastored a church for 10 years without salary. Later,  I joined politics after I had made serious money. I went to my constituency, Egbeda in Ona-Ara Local Government Area of Oyo State, but this dream never got fulfilled, as God blocked my entering into politics. Though I won the party’s primaries for the House of Representatives, but after my wife and I prayed about this, God spoke expressly, ‘I want you to go and serve me in the Church’ and He added: ‘You are not only going to serve me in the Church.
Any meeting point between being an engineer, politician and clergy man?

Yes, there is a meeting point and it is by the grace of God, and one thing that is important is that we are created in the image of God and when you are a true image of His, you can serve in all shades. I don’t believe that good Christians should not be involved in politics.
Now that you have been made a Bishop of Methodist Church Nigeria, Ogbomoso Diocese, what are your plans for the diocese?

I thank God for His translation and sending me to the diocese known for evangelism. You can’t be a bishop of Ogbomoso Diocese without being a true and real evangelist. I have passion for evangelism. My translation to Ogbomoso is welcome back home because Methodism in Ogbomoso is real John Wesley. The diocese has moved from where I met it since my translation in October 2016. In this space of time, so many developmental projects are ready for inauguration tomorrow.
Christianity today appears to be under siege with ministers of the word being involved in different scandals. What is your take on this?

It is written in the Bible that many people call God with their lips, but their hearts are very far from Him. We have so many pastors with majority not having the fear of God, but the problem we are having is that there is no love;  if there is love, there will be no room for corruption. We have so many things in Nigeria to enjoy.
How do you see the Oyo State government under Governor Abiola Ajimobi, and if given the opportunity to advise him, what will you tell him?

Well, I will be fair to Ajimobi. In doing this, I will compare him with all past administrators. He may have his own weaknesses as human being because its only God that is perfect. Ajimobi is a quality man- a man who loves quality things. Being an international man, he has passion to transform this state, which is a very difficult task. I am sure he does not like what Beere is, being well travelled. How many of us have that passion he has for the betterment of the state without being distracted? He wants a neat environment as well as develop the state to what he sees in other cities of the world. In doing such things, the masses have to pattern their lifestyle after him.
Are you fulfilled?

I thank God that on the wee hours of October 11, 2016 , I heard of my election as a Bishop. I felt fulfilled because it was God that has appointed me to serve Him. God called me from being an engineer, teacher and politician. I feel greatly fulfilled.
Source: Tribuneonlineng