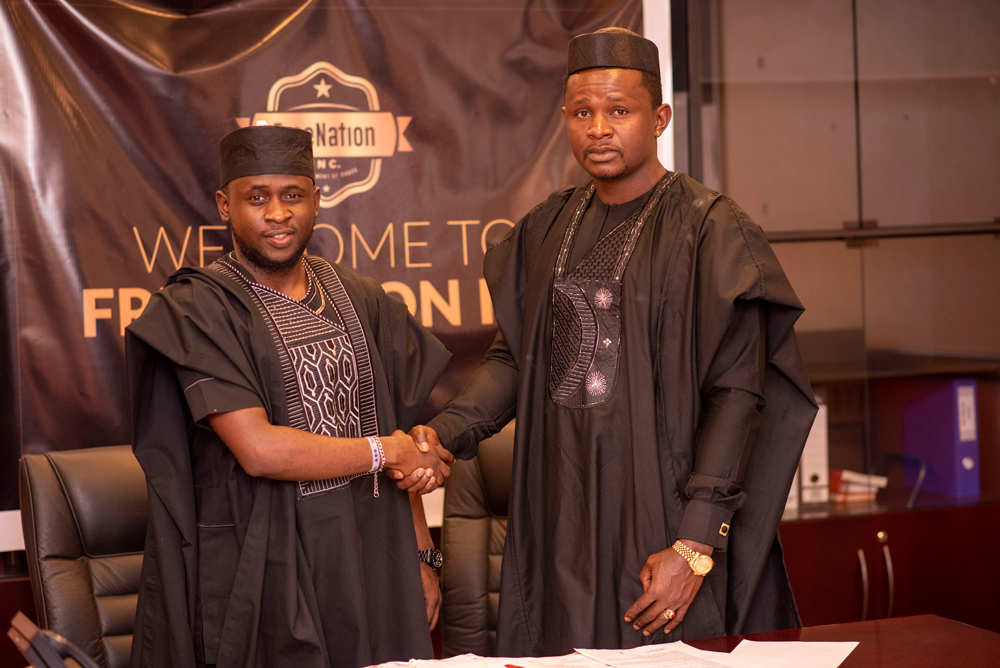 Freenation Inc takes on a brand new artist under her label; with the official signing of Nigerian Urban contemporary gospel artist Nimix. The record label is the home for Award Winning gospel artist Ada Ehi; and now officially welcomes a second artist to the family with the signing of Nimix.

The South African based Nigerian artist Ejigbo Ojonimi Abraham known popularly as Nimix is an Urban contemporary artist, musician and producer, with a unique touch for Afro-fusion and Contemporary Gospel sounds. Starting his music career in 2014, as a rapper, Nimix has evolved over the years to become a well-rounded contemporary act. In 2019, he released his debut album KILIMANJARO, which included singles such as ‘Kilimanjaro’, ‘Open Doors’, and others. Recently, in March 2020 at the wake of the novel Covid 19 global pandemic, Nimix released “Pray”, a timely inspirational song which featured acts like Olawale, Gwambe, Limoblaze, Razphils, Nolly and Natty Prof. He went on to to create a musical comic video which went viral on social media in June 2020; gaining more than 9.5million views on Tiktok and which got him interviewed by BBC Africa.

Nimix is a versatile producer, who has worked with artists such as Nosa, Joel Amadi, Henrisoul, Dj Ernesty, Oche, Nikki Laoye, and a lot more.

The newly signed artist is now the second artist to be signed by the successful music label Freenation Inc. He becomes the first label mate to one of Nigeria’s most popular and outstanding gospel artiste Ada Ehi.

Find below the photos of Nimix signing his contract with Freenation Inc. [in the presence of a representative] this year. He is scheduled to unveil a lineup of new song releases and projects under his new family.