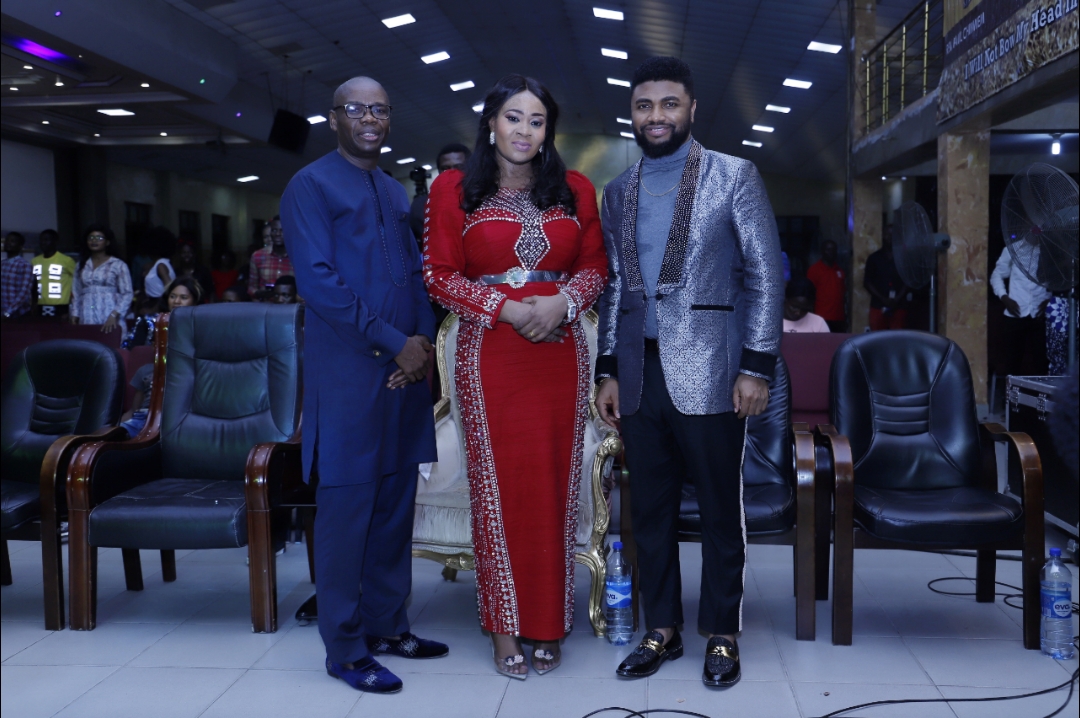 It was an overwhelming atmosphere of adulation, rendered collectively at Empowered for Worship mega concert with Gospel music minstrel Dera Getrude.

The concert that held at CPM Festac, witness Gospel music greats including Amb. Wole Oni, PatUwaje King, Efe Nathan, Chiika100%, Nene Uko, Paul Chikwem and more come to lift up the banner of worship to God alongside Dera Getrude and a host of other worshippers.

One of the highlights of the concert includes Dere Getrude’s duet with Midnight Crew lead singer PatUwaje King. Amb. Wole Oni also got on the piano and gave worship expressions on strings.

Empowered For Worship was birthed with the aim of bringing like-minded Christian into a time of intimate fellowship with the trinity through worship. The concert which is in its 3rd and biggest edition, is characterized by unusual visitation as the team depends of the Holy Spirit to birth testimonies.

Dera Getrude is a worship leader and a songwriter with a debut album – “In Your Presence“ – to her credit. Released singles off the album include “He Came,” “My Prayer,” “In Your Presence”and “Most Holy”. Her critically acclaimed video for the song “God of Heaven and Earth” was released in February of 2018 and enjoyed heavy rotations on cable and local stations.

We wish Dera Getrude a happy birthday; we celebrate you!