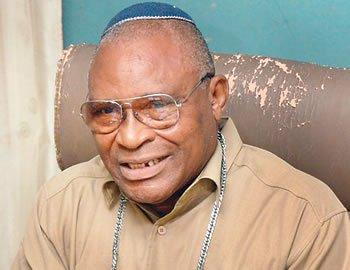 Bishop Kayode Williams, who was imprisoned for 10 years, is the Director-General, Prison Rehabilitation Mission International (PREMI), a prison reformation initiative and Bishop of Christ Vessel of Grace Church. He shares with GBEMI SOLAJA his thoughts on the peculiarities of the Nigerian prison system, how his time in jail improved his ministry, his efforts in prison evangelism, among other issues. Excerpts:

What is your assessment of the Nigerian prison system?
It is a bit difficult to really give a pass mark to the Nigerian Prisons Service for now because there are a lot of issues in the criminal justice system and on rehabilitation, reformation, re- integration, and settlements of ex-convicts, we have a lot of areas to look into.
The assessment for now is that there are serious problems in terms of accommodation, inmates awaiting trials, congestion, among others.
For instance, as of today, over 50,000 inmates are locked up and 80 per cent of these are awaiting trials. With this, it has become difficult to administer the prison properly because the awaiting trials are not to be rehabilitated or reformed. These are people awaiting trials.
The convicted ones are limited in number and the prison authorities do not know how to handle them because of the state of the facilities for training.

What can be done to make things better?
Nigerian prison officers are not on the same level with their counterparts in security, which is an abuse and an embarrassment; they see themselves as inferior. They can deliver, but the system has relegated them.
For instance, I have asked some state governors why prison officers cannot be in the security committee of the state. Prison officers handle criminals without guns yet their importance in the society is not recognised.
Our prisons must be reformed. The purpose for sending an inmate to the prison is for reformation, and this is misplaced.
A prison is not a punitive centre; it is a reformative centre. The larger percentage of inmates are those awaiting trials. They have not been convicted so the system does not know what to do with them. For those who have been convicted and should undergo training, there are no facilities.
For instance, for those condemned to death, many states don’t want to sign death and execution warrants. That’s commendable because in some civilised countries, executions have become a thing of the past.
People should be given another chance at life because two wrongs cannot make a right. I think the governors are trying to look for a way out. However, many of these people have overstayed because there have been no execution for years; some prisoners have stayed for over 25 years.
The question then is ‘what is the essence of the punishment when it has overstayed its usefulness?’ It is important to know that the essence of the prison is for convict to come back to the society a better and reformed person.
It is happening to me today. If I did not pass through the prisons, if I had been executed, what God is using me for today would not have been possible. They had closed a door, but God opened the window so that He can showcase His almightiness in reforming, rebuilding, and remolding a person who had been written off.
I want to use this opportunity to ask the federal and state governments to release majority of those who have stayed for over 15 years so that they can be given another chance at life.
Regarding the convicts, when a man has spent years in the prison, who is going to welcome him home. The society is hostile to the inmates. In civilised countries, reformed prisoners who want to re-enter society are usually compensated.
In Nigeria, the story is largely different. That’s where the prison ministry I direct comes in.  We act like a bridge between the prison and the society. When I came back from prison, nobody welcomed me. However, I thank God, who in His infinite mercies remolded and reconstructed my life.
Delay in investigation of criminal cases, denial and delay in justice and unnecessary overstay in prisons are three key areas that must be addressed.
Also, rehabilitation centres should be handled by the states these prisoners come from because they need to be somewhere when they return from prison. Prison officers need to be given some incentive and inmates should be compensated by the state. The office of social welfare should be in charge of this. The Federal Ministry of Social Welfare and the state ministries of social welfare only function as if they are doing some people favours by distributing gifts during Christmas and Sallah celebrations. That is only a small aspect. Victims of crimes must also be identified and given reasonable compensation relating to what they suffered when the crime was committed. Psychologists should also play a role in reforming criminals.

How active are you in prison evangelism?
With PREMI, we have Oba Adedapo Tejuosho as the chairman of the governing council; Chief Afe Babalola as the chairman, board of trustees; Justice Seun Sogbola as the secretary general; Chief Olusegun Obasanjo as a life grand patron, among others. PREMI is not only in Nigeria; we are in England and Wales. We have established relationship with international organisations and we are moving forward. As for Nigeria, what we are trying to do now is to build a rehabilitation and drug centre, the first of its kind in Africa. We want to be the bridge between the prison and the society so that we can bring all the ideas to play in such an organisation. We will be in partnership with the Nigerian Prisons Service, the United Nations Office of Drugs and Crime, and other organisations of like mind so that we can use that place to redefine the prison system and ensure that inmates contribute positively to society.

In the light of current economic challenges, how can the prisons contribute positively?
There are a lot of things that Nigerian Prisons can chip in to improve our economy. In Scandinavian countries, they use the prisons to produce all the boots that officers use as a way of making them productive. In China, it’s the same thing. In China, people go to jail for 180 years so they allow them to work and get paid. If a prisoner is serving a 10-year sentence, nothing stops him from working and engaging in what we call earning scheme, that is, a method of paying him so that by the time he comes out , he will be a better person based on the skills and knowledge he has acquired while working in prison.

You said earlier that the constitution has been a plague and a burden on the sustainability of the prison system. Could you shed more light on this?
The state must be partner with the Federal Government on issue of prisons. Officers must have capacity building and training and be exposed to foreign systems of reforming inmates. The National Assembly should deliberate on what the Nigerian prison is for, especially with regard to our constitution. This should include the duties of the comptroller-general, the deputy, how to handle inmates, among other concerns.