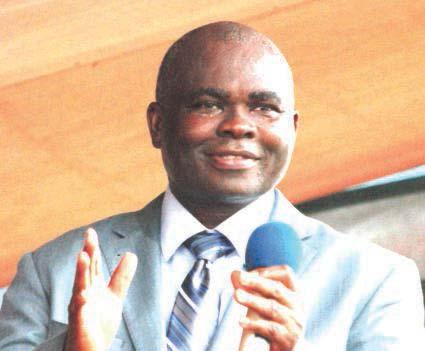 Luke 10:19 says, “Behold, I give unto you power to tread on serpents and scorpions, and over all the power of the enemy: and nothing shall by any means hurt you.”

POWER is an authority to exert obedience. It could be seen as various forms of constraint on human action, but also as that which makes action possible. The above verse of the Scripture, suggests that God understands the value and importance of power. He knows that His people need power that will distinguish them from other people of the world and give them complete victory over their enemies. After all, He is God and holds Omnipotent power.

When Jesus Christ appeared to His disciples after His resurrection, they questioned Him on the promise He made previously concerning restoration of the Kingdom of Israel. The question was because they realised He has become a Spirit and thus may no longer be physically with them always. His appearance to them was an opportunity for them to know what becomes of His promise of restoring again the Kingdom of Israel, the dignity of Israel or the dominion of Israel over every other nation.

Jesus told them that the knowledge of knowing the time or season when the kingdom would be restored was a sort of power because knowledge is power and power has not been bestowed on them yet; it was still part of the power of the Father. We must understand that the power, we are discussing here is not physical power, political, magical, judiciary, occult or mental power but absolute power. We are talking of power from above, absolute power, the power of God.

The disciples were asking of a political or dominating power that will deliver them from the Roman authorities. But the promise of God was of a power that would not only deliver them from their enemies but also make them do the work of God, execute the programme of God, achieve success in all areas of their endeavours, dominate and rule other nations.

If the power of God is upon you, your enemy will flee from you. The rod of Moses carried the power of God and when it was applied at the Red sea, miracle took place. The Red Sea divided and the children of Israel passed through the sea on dry ground with a wall of water on their right hand and left.

The power of God was upon the Ark of Covenant, a little wooden box, which contained the 10 Commandments, and when it was carried to the bank of the River Jordan, the river divided, and again the children of Israel walked through the river on dry ground.

Remember Shadrack, Meshach and Abednego, the three Hebrew men who refused to bow to the image made by King Nebuchadnezzar, and eventually, when they were cast into the fire, the power of God manifested and delivered them.

The presence of God’s power generates atmosphere for miracles. Stephen had this power, and as a result wrought miracles in his days as testified by the Bible. Acts 6:8 says, “And Stephen, full of faith and power, did great wonders and miracles among the people”. This passage captures the great character given of St. Stephen, a man full of the grace of God, full of faith, full of power to work miracles and deed, able to do all things through Christ that strengthened him.

A believer without this power is like a soldier without a gun. He cannot accomplish much. You must seek and acquire this power to be able to be above.