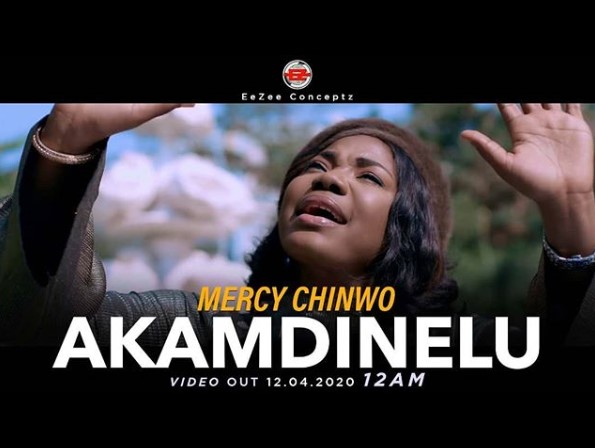 Mercy Chinwo known for popular song – “Excess Love” is out with her official video for “Akamdinelu”.

Mercy raises an altar of worship in deep gratitude for the finished work of Jesus on the cross which affords the believer the abundant life. She ingrains a nonlinear narrative in the video to portray the lyrics of the song emphasizing that only God is man’s unwavering guarantee.

The song mixes Eastern folk music with contemporary worship; the use of the Eastern dialect enriches the eulogies.

Mercy Chinwo was all geared up for her sophomore album release concert which was supposed to hold on the 19th of April, 2020; but due to the breakout of the global pandemic. EeZee Conceptz announced the postponement of the album release and concert till further notice, on the 20th of March stating that all tickets already purchased remain valid.

While we await the album, whet your appetite with “Akamdinelu” (video) as directed by Avalon Okpe. Music produced by Israel Dammy.