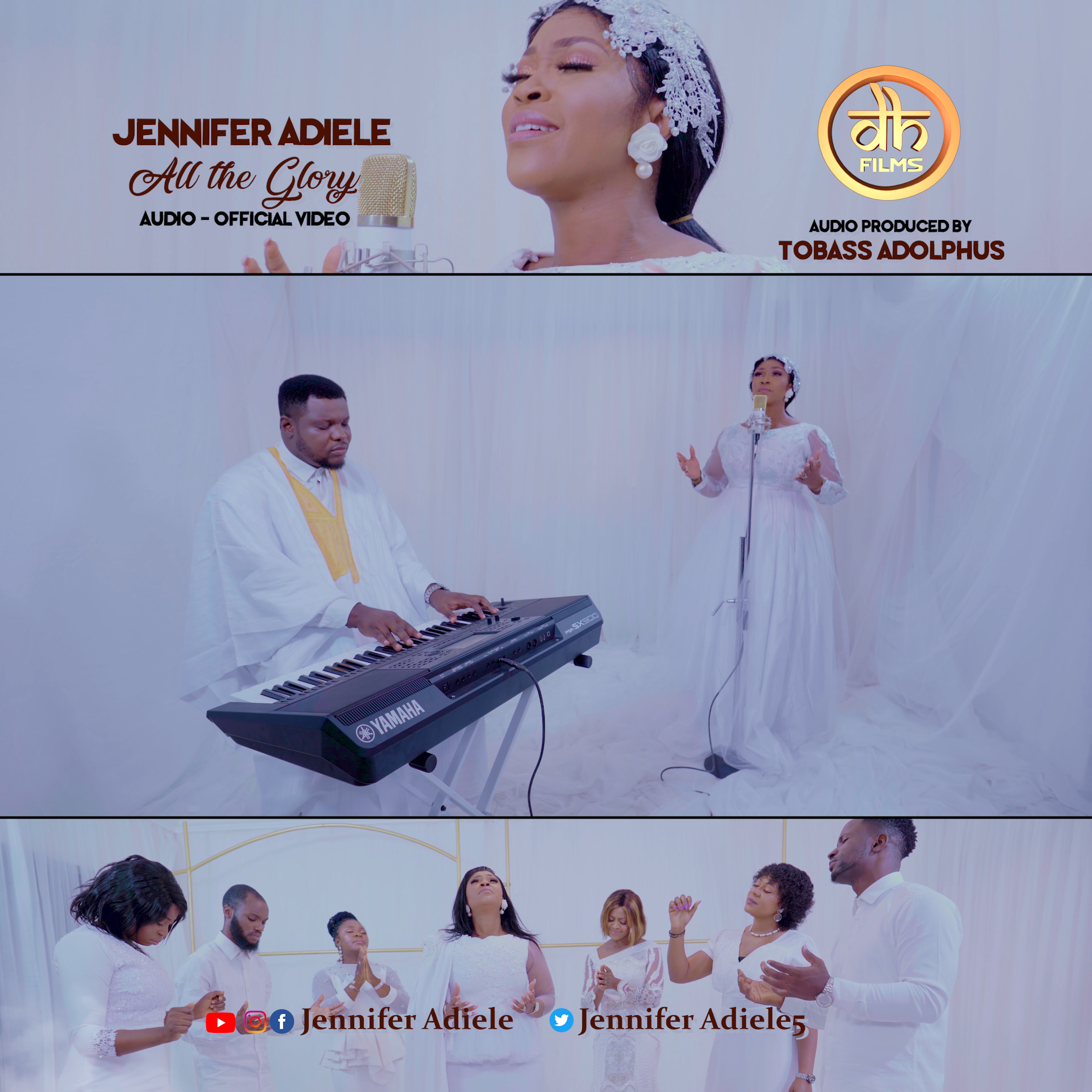 Jennifer Adiele’s new song “All the Glory” has its official video, which interprets the awesomeness of God in pure reverence to Him. All adored in white to portray purity and elegance.

The song released in 2018 has gained massive appeal amongst music lovers, churches and at various homes.

The visual for the song is her very first official video; “All the Glory” is not just a song but a tool of unhindered worship/fellowship with the Maker.

Tobass Adolphus produced the audio, and the visual was directed by Justice DH Films.