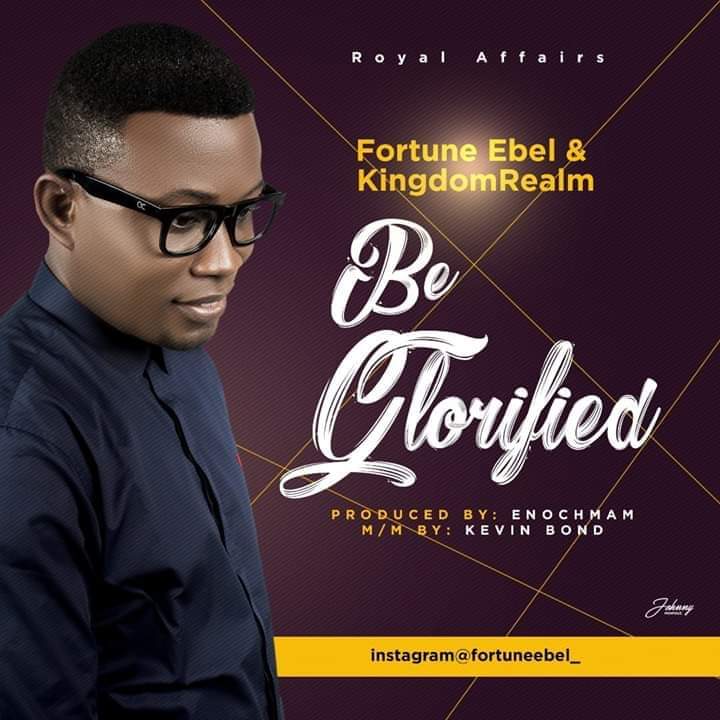 Gospel music artist, Fortune Ebel releases his latest single titled Be Glorified. The urban contemporary praise song was produced by one of Nigeria’s finest bassists – Enochmam, and was mixed and mastered in the United States by 10-time Grammy Award winner, Kevin Bond.

The song was written in 2015, which is already an anthem in his home Church, having so far been sang there since very early 2016 before its production this year.

The release of the audio is accompanied by a beautiful video where Fortune performed the song live during service.

ABOUT
Fortune Ovie Ebel hails from Uzere in the Isoko South Local Government Area of Delta State. Officially, he commenced his music career in 2012 and while still singing as a Background Vocalist. He offered several stints of BGV Stewardship under the Ron Kenoly Brothers, Asu Ekiye, Renown American Saxophonist – Angelina Christie, Micah Stampley on three different occasions and Donnie McClurkin in 2017 and 2018.

As a lead singer serving in the Lagos Metropolitan Gospel Choir – LMGC of House On the Rock, Lagos, Nigeria, he served as praise leader at The Experience 2017, with over six hundred thousand people present live and millions watching online across many countries.

His songs such as Eze Mo and My Miracle are sheer beauties to listen to and his latest Single Be Glorified has been an anthem in his home Church House on the Rock for over two Years.

He is the Creator of the Kingdom-Minded Music Community called ‘Kingdom Realm’ and he also founded ‘Royal Affairs’ – being the label arm of his music industry.